Marc Blake made series of works in film and paintings in New Zealand. He then moved to Japan for a new perspective. In this exhibition, he made paintings, installations, and video works that seemed to have a common theme “memory.” 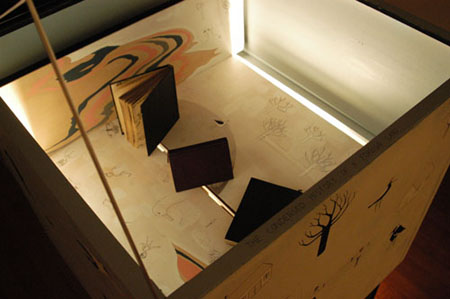 In one of short films that he made titled “Neo-comic,” his reference to the theme “memory” was strong. Scenes in the movie are obviously from Japan and familiar for us. However, there are some differences in the scenes that puzzle us to find where exactly they are. It perplexes us that we are watching scenes that are completely foreign to us. In the latter half of the movie, we see a scene of a pastoral landscape. The scenery is very familiar to us and similar to the one in the countryside of Japan. It brings us to a distant place. 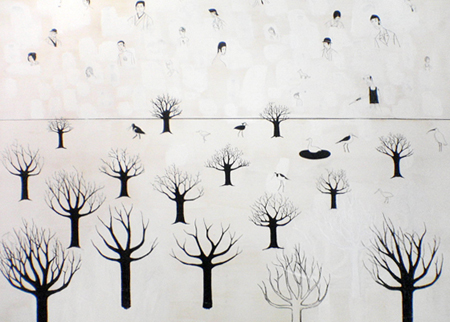 I expect from the title that the artist is interested in Japanese culture, but his fascination with Japanese culture is not executed as ones that are prevalent in Hollywood SF movies. His representation of ordinary scenes evokes a different world like Wim Wenders’ “Tokyo-Ga”. However, “Neo-Comic” is certainly a different film. Memory of the characters in the movie and memory of the viewers were not in accord all the time, and it leaves a sense of discomfort in viewers. 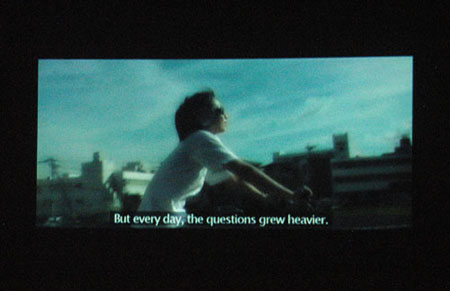 This two-artist exhibition in BankArt Studio NYK created an opportunity for both artists to share the same studio and importantly space to interact their artistic inspiration and energy for their artworks.

There are other artists using studios and other facilities in BankArt Studio NYK. In addition, there are exhibitions and workshops going on every week. For current and future events, please check their website.