To those of you, like myself, who have experienced the 80’s skateboarding boom, the name Christian Hosoi will ring a bell and bring back a lot of memories.

He was the skater with the most natural talent, pushing the limits with his powerful style & flow. He was the outspoken rebel, the styler, the womanizer. He was simply the man. To most he was just a rock star, to a selected few he was a fierce competitor. Tony Hawk and Christian Hosoi dominated the 80’s vert competitions, delivering a thrilling heads-on battle between Christian’s powerful & extravagant style and Tony’s technical mastery. 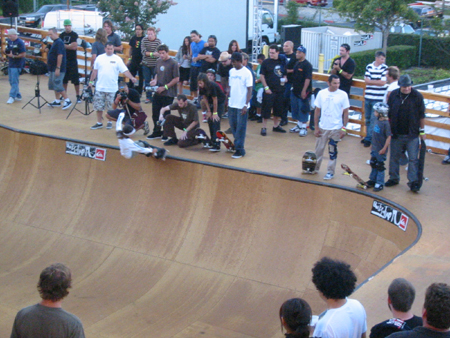 On this night, I was one of the lucky ones to see the world premiere of “Rising Son: Legend of Skateboarder Christian Hosoi” at the Quiksilver headquarters down in Huntington Beach. After equipping myself with the necessary wrist bands for access all areas, I grabbed a bag of pop corn and a beer and was ready for the night. After just a few minutes I already bumped into Tony Hawk and also Jeff Ho who designed the boards for the legendary Zephyr Surf Team (Z-Boys). 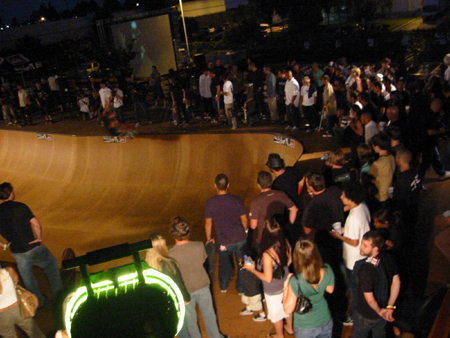 But apart from schmoozing with celebrities, there was also a lot of young talent to watch in the skate bowl before the screening of the movie. The skate bowl united skaters of all ages, like this Hosoi-anesque young kid, shredding the coping like there’s no tomorrow.