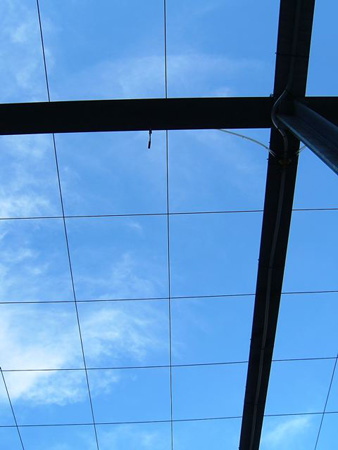 A lot of modules are mounted in Tesla’s courtyard, and the sound is created from the air shot through valves in modules. Valves modulate the air pressure, creating fluctuations in pressure in the surrounding air. The valves are digitally controlled to play the disturbing noise and abrasive sound. Visitors will interact with the air vibration and acoustic sound in unusual way.

The simple patterns of the white light projected on the screen are synchronised with the sound in the darkness. They cast the shadow over the fog which filled the inside of the room, evoking a comfortable feeling of floating. 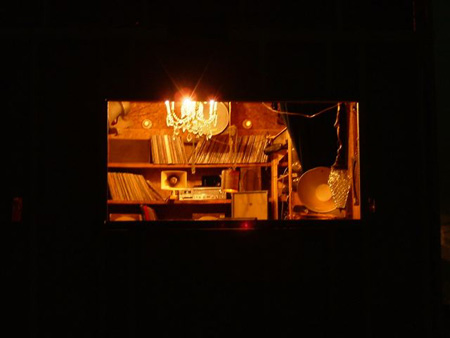 Because of the effect of sound and light, the work that looks like just a hut, which is crammed with old records, is instantly changed into a small house in the American countryside and the stage of the dynamic rock cabaret show. It ended in never ending cheers and applause from the audience. It was enormously impressive installation.