In the evening on 25th of May, while the sun was sinking in Manhattan over East river and a comfortable wind blew, an exhibition “In You”, was started at gallery Riviera in Williamsburg, Brooklyn. The weather forecast fortunately failed, over 70 people gathered in an opening party. Everyone enjoyed art works respectively and chatted peacefully. 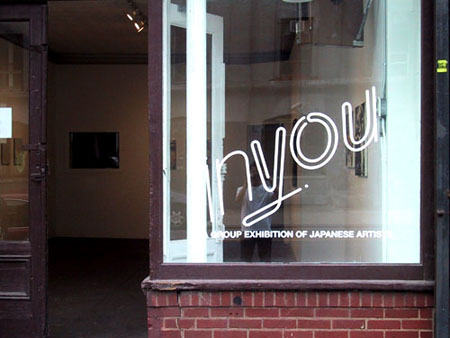 “Cannot the exhibition that features young Japanese graphic artists before and after one’s thirties be done? It is needless to say one can see various artists’ works while in one’s home in all parts of the world. However, how many chances to actually see the work with one’s eyes are there?” 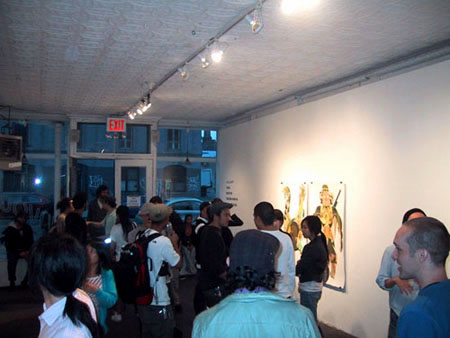 The talk began to move in this exhibit by Kyosuke Ochiai. The place is New York at the end of March when the cold wind still rages. The theme for “In You” was that Japanese can be translated to English “positively and negatively”. Each artist is told this, and the pairing work is announced, though it becomes a very wide theme according to how one receives it. It tries for people of this generation who live in this region to touch a lot. 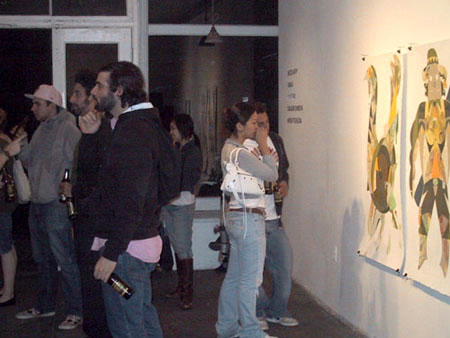 The gallery that he chose is in Williamsburg, Brooklyn. I wonder if it is an area where young artists are filled with vigor similar to Lower East Side and DUMBO. Ochiai immediately made an appointment with one of the owners in the gallery, and the outline of this exhibit was discussed, He consented to it happily. The schedule, however, was very tight, as the preparation period was only about two months.