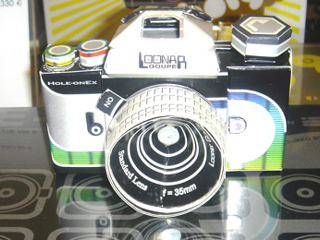 HOLE-ON EX CAMERA
Check this out: a manual camera which you can construct yourself made completely out of printed paper. Old-school camera graphics never looked so good. These little babies with a 32mm lense take any type of film too. 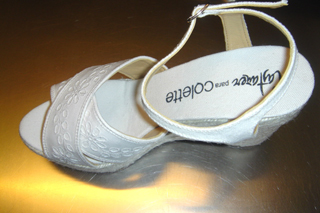 CASTANER X COLETTE WEDGED ESPADRILLES
Originating from Spain, legendary espadrille brand Castaner teams up with colette to create a special wedged espadrille for Summer 2006. The design, which is available in black and white, already has a waiting list as long as your arms kids! 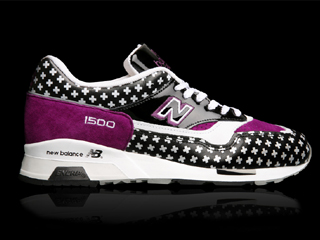 NEW BALANCE X COLETTE X LA MJC TRAINERS
New Balance celebrates their anniversary with this special limited-edition classic NB 1500 design exclusively at colette. Created by La MJC and manufactured in England, only 96 pairs of the shoes are up for grabs starting February 27th (to co-incide with the “UK JACK, OK!” exhibition opening in Paris).

“UK JACK, OK!”
March means British fever at colette as our art and graphic design hommage to Great Britain comes in the form of an exhibition named “UK JACK, OK!”
If that (along with a number of exclusive products created especially for the exhibit by Stephen Jones, Marko Matysik, Commes des Garcons etc) wasn’t enough to intrigue you, then listen up: Topshop is finally coming to Paris and their debut colette meets Topshop collection comprises a limited-edition range of goodies which are sure to sell out in five minutes flat, but hey, we thought we’d tell you about it anyway.