Landing the incredible Ray Caeser (London, 1958) as the first artist to exhibit at your new gallery, is no mean feat. Esther Koch and Hans Bos are the couple behind the new addition to the Amsterdam gallery scene and they’ve certainly put their KochxBos Gallery on the map with ‘The World Of Ray Caeser‘. 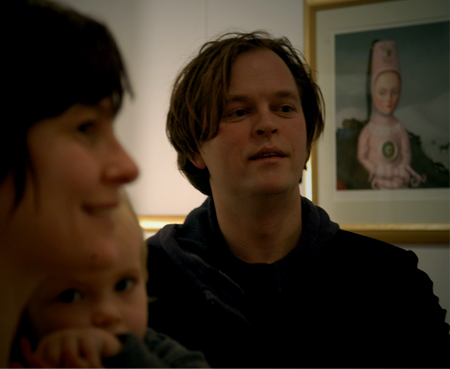 A project two years in the planning and making, KochxBos Gallery aims to fill a gap in the market for stimulating and affordable international contemporary art. Hans and Esther have good reason to be confident, there are only a few pieces left to sell in their current Ray Caeser exhibition – it has been a resounding success. Gratification indeed for a couple that basically emailed Ray to convince him to show his work in Amsterdam. One suspects their backgrounds as established and successful graphic designers, helped them quite a bit. ‘We also thought his work was brilliant and our enthusiasm must have struck a chord with him’. 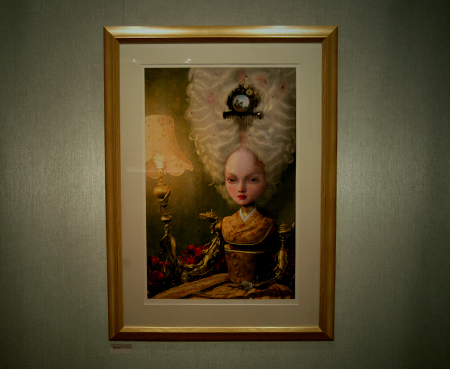 Currently enjoying an enormous surge of popularity, Ray Caeser’s name is on everyone’s lips, curious to find out more about the reclusive, 3d artist responsible for the dark, macabre but intrinsically beautiful images. The fact that each one is computer generated – which means it is modeled, textured and lit digitally – is astounding in itself but also quite a radical departure for saleable gallery work which is not used to trading in relatively easily reproduced prints. Ray Caeser gets around this by only issuing a limited run of prints, each complete with an amazing authentification certificate which is practically as beautiful as the print itself. Stunning. His bizarre creations stem from a childhood fascination with dismembering dolls and his 17 years working at a Canadian children’s hospital where he was employed recording the illnesses and deformities of sick children. Needless to say, the experience left a mark on him. 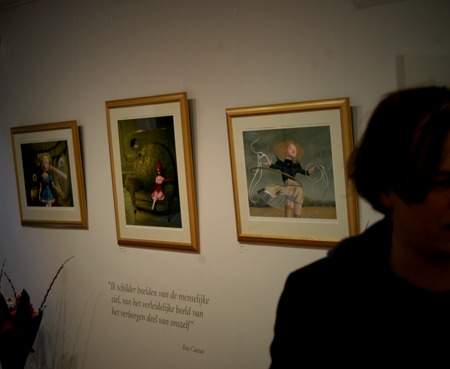 As for Hans and Esther, happy at last to have fulfilled their dream of establishing their own gallery, the fun now starts as they continue to source more exciting artists to exhibit with them in the future. Next up after Ray Caeser is Dutch artist, Anne-Marie Vink, who is also a friend of the couple. Anne-Maries’s style mirrors the explicit beauty of backgrounds so apparent in Caeser’s work but Anne-Marie works mainly in acrylics, continuing the tradition of the Dutch school of painting. For their third exhibition, Hans and Esther are keen to invite a graphically led artist and are currently researching Japan, France and Germany for possible candidates (if you have any suggestions, please don’t hesitate to contact Hans and Esther on the email address below).

In the meantime, do try and catch Ray Caeser’s exhibition – his works really do need to be viewed up close to catch every bit of detail.