It became chilly after being on the pier for ten minutes, fall was announcing itself as we waited for the tugboat that cloudy Sunday evening. A crowd was gathered to see one of New York’s most anticipated visitors for almost 35 years. 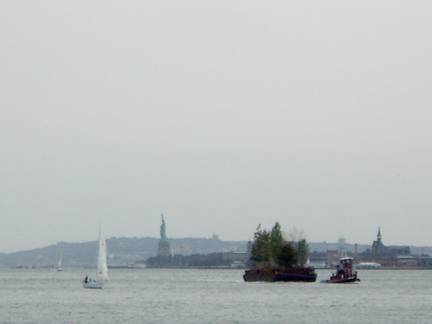 It was a public installation called the Floating Island: a park planted on a 10 x 30 meter barge originally conceived by Robert Smithson in 1970. 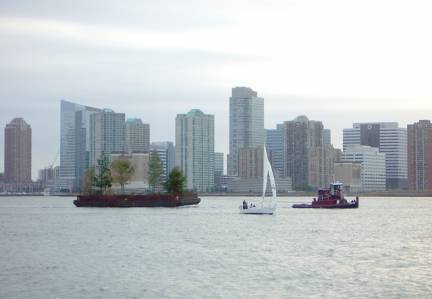 The slice of green was being silently dragged around Manhattan’s grey rivers every day these last two weeks on the occasion of Smithson’s retrospective at the Whitney Museum of American Art. 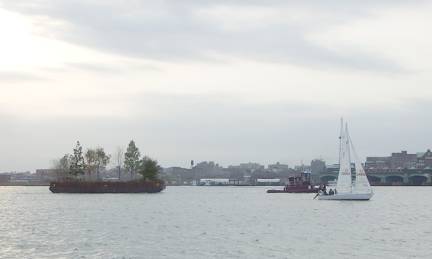 An hour went by, and the park emerged on the horizon as everyone drew their cameras to begin their trigger happy frenzy. Today was the last day to see a posthumous tribute to a reknown contemporary artist who died too young to see his idea on the Hudson.

The floating park may be gone now – just like the summer – but Smithson’s work can still be observed at the Whitney until October 23rd.