The first thing you cannot ignore is a mammoth! I went towards the Russian pavilion by a ropeway from the gondola North station, which was placed near the North gate of the EXPO station. I was surprised by the size and the power of a life-sized mammoth as soon as I entered the building. After calming down, I began to wonder “Why a mammoth, now?”. 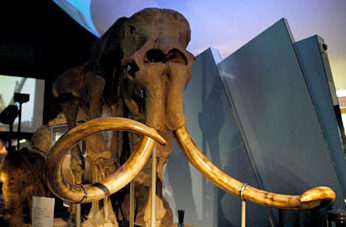 I reached the reason when I saw other mammoth discovered from permafrost layer, which was a special-feature of this EXPO, and heard these are often found from the encroached permafrost layer Thursdays. This is because of global warming. How humans respond to their message without voice? I felt the reality of the big and heavy subject. 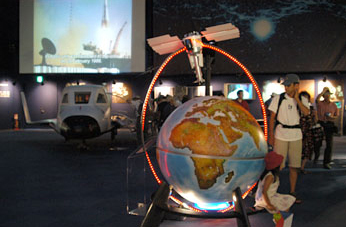 In addition, the high space technology of a Russian space shuttle attracted people. Because this was a popular pavilion, I had to wait for about 30 minutes, but it was worth seeing as expected, and made everyone think about the current situation of the earth (space) without exception. 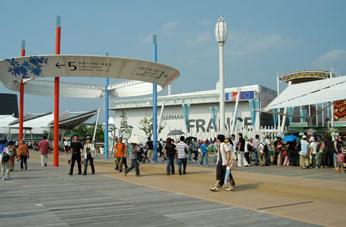 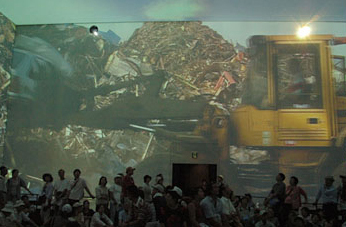 As it is said to be the country of art, the French pavilion had a good taste in fashionable appearances and exhibits, though the video content was very severe. Immersion theater, which covered four faces of the wall and ceiling, was impressive in pointed questioning. It appealed to people regarding problems we have to face, including global warming, destruction of nature, consumption and waste problem. 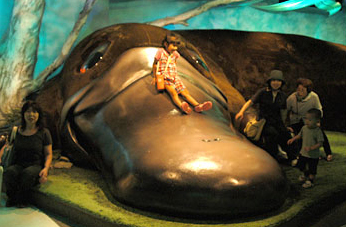 The main object in the Australian pavilion was a huge duckbill. It was very popular with children, and always crowded with people taking souvenir pictures. The duckbill is one of the oldest mammals existing from approximately 65,000 years ago. 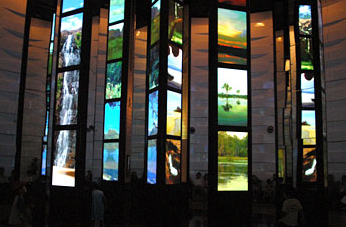 The next exhibition space had several high poles with LCD (Liquid crystal display), showing beautiful nature and culture using sounds. Cooling off in the evening, I went to the South Pacific pavilion. There was a huge wood carved boat displayed. Watching local people around the boat, I felt their big-hearted and cheerful characteristics.