Former Aussie and now try-hard Parisien writer Linlee Allen wholly confesses to being the “all-round groupie” of concept store colette, located in the French capital. Having participated in the world-famous boutique’s range of events across the globe, whether it be performing in a radio show in Copenhagen, photographing guests at a party in Japan or being the first – and the last – one on the dancefloor at a CD launch party in New York, she relates to the colette way of life and here, lists her favourite finds from colette for the Autumn/Winter 05/06 season ahead. 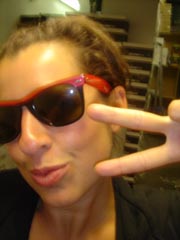 VINTAGE RAY BAN SUNGLASSES
Twenty years ago they were cool. But today they’re downright hot as a recent shot of Chloe Sevigny island hopping wearing a pair of old-skool sunglasses prompted fashion fans to adopt the accessory for Summer 2005. Among the selection which can be found at colette are the Ray Ban classic 80’s designs with red and yellow colour flash features. 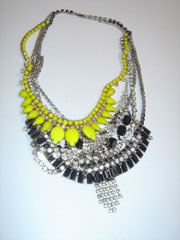 TOM BINNS JEWELLERY
The king of vintage jewellery when it comes to reconstruction with love and originality is absolutely Tom Binns. Featuring rare stones and kitsch diamonté arrangements, whether it be earrings, necklaces or bracelets, the uniqueness of the pieces speak for themselves.

CANDLES BY COLETTE WITH GUIDO MADAFICO
Super snapper Guido Modafico has specifically shot a series of outer packaging imagery for several new colette candles (and a couple of classics too). Among them is Smoke (inspired by the odour of cannabis) and Lily, Peony and Violet (which evoke the scent of the flowers themselves). colette classic candles Sea, Sun, Silence and Sex have also been given an image-makeover with graphic, hyper-realist imagery according to each title. 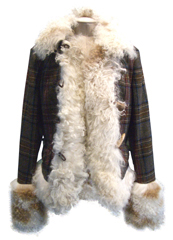 BURBERRY PRORSUM JACKET FOR COLETTE
Coming in September to colette is a shearling jacket created by Burberry Prorsum especially for colette. The design has been produced in two separate colorways (blue and black) and will be a limited-edition piece. And when we say limited-edition, we mean it: only ten reproductions of the jacket will be available in each design. Hot stuff!