“This is, in a way, the exact opposite of tableaux vivants” comments Pietro “This environment is ideally fixed just a few moments before being captured in a painting”. 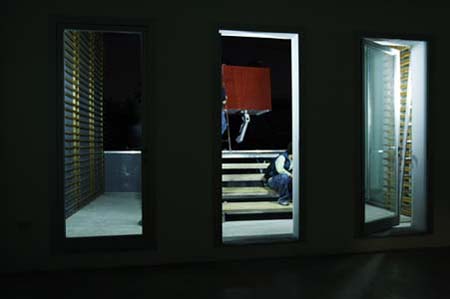 The viewer is invited to join in, but his co-operation is not required or, at least, not configured as an active one: “I’d like to avoid the participatory misunderstanding. There is no modality of participation but rapimento – Italian word with the double meaning of “kidnapping” and “rapture” – which is not a form of dialogue”. 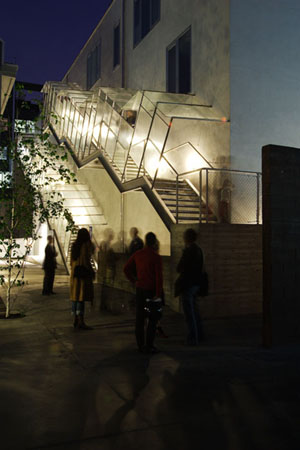 A recurring keyword used by Pietro to refer both to the works and to the realisation process is natura morta – still life, but also resonating the literal Italian meaning of “dead nature” – echoed in the red basket, here containing human beings instead of fruits, and in the idea of distilling art from the accumulation of discarded prototypes: “I’d like to capture the musicality of the sense of ending. To transfigure this infinite precipitation. Even the painting at the end of the show is the residue of the accumulation of remains of failed representations ” .

Pietro Roccasalva will be in a collective show in London (July at Haunch of Venison) and, for a solo show, in Gent (October at Hoet- Bekaert).