When I first met David 3 years ago, he was living in a Mission District flat with a bunch of buddies. One Friday night, my friends (who already knew David) and I all showed up to his place in anticipation of a night on the town. We’d start the night off here, then we’d hit Bar Bar, then the Hush Hush and finish the night off at the Kilowatt. 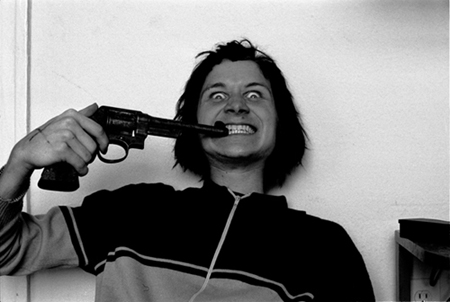 As we walked into the apartment, there was what appeared to have been someone’s skateboard deck collection littering the hallway and the living room. Sprinkled in between the boards were empty beer cans and half-full one’s on the table. As we “meeted and greeted” the residents of the place, a small black cat pounced out of a nearby bedroom and across the floor, using the beer cans and decks as hurdles. And behind the cat, out walked David Franklin. 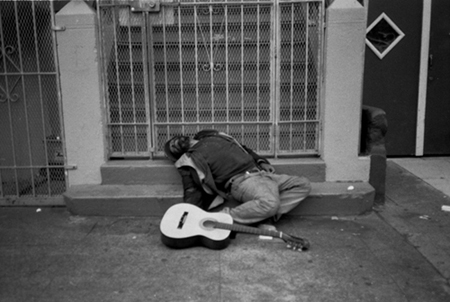 David Franklin is a San Francisco-based freelance photographer. His work was displayed throughout the apartment in vintage frames picked up at various thrift stores and garage sales, so prevalent in the his neighborhood. Franklin’s work is gritty, raw, and real. He is inspired by the city he lives in, his friends, and the greater social scene he is a part of. But don’t get me wrong, he cannot easily be categorized as a hipster-cum-photographer-cum-hipster. David possesses a unique style and the ability to spontaneously capture the dark and funny side of The City’s fringe culture. 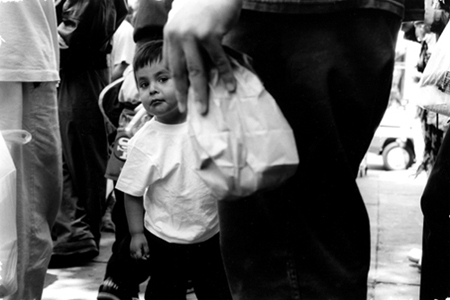 Originally from Portland, OR, Franklin and his family moved to New Guinea in 1977. But it wasn’t until he moved back to the States and started high school that his interest in photography came to fruition. During this time he played the high school photo class game; he did his photo assignments but also chose to capture the life that he and his friends were living. He shot fellow skaters, the road trips they went on, people at parties, basically documenting he and his friends’ lives. 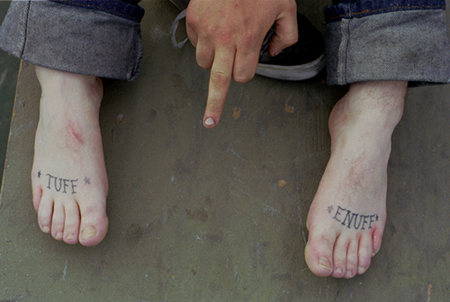 Since moving to San Francisco in 1993, Franklin’s work has developed and matured beyond his formidable years as a shutterbug. He has shown his work in galleries nationally and has contributed to Slap Magazine, Thrasher, Heckler, Adrenalin, SOMA, SF Bay Guardian, Other Magazine, Mesh, Hamburgereyes, and has been featured on FecalFaceDotCom. Currently, he is working on a series of photos that document the various people of San Francisco and the contrasting socio-economic worlds they live in.

Since I met David on that hazy night in the Mission, I’ve come to know him as a genuinely nice guy with a great heart and amazing portfolio of work. Sometimes in San Francisco that’s all you need, but luckily, David’s got a whole lot more.