Earlier this year I stumbled across a site though one of the major design-related portals. It was for a movie called “Quality of Life” – a movie about two graffiti writers who grew up in the Mission District of San Francisco. It was an amazing site that felt true to the art of graffiti and was immediately engaging. 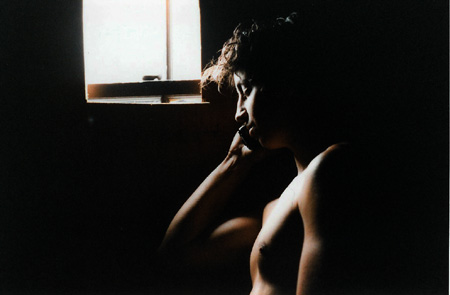 As I began to absorb the content, what intrigued me was the fact that this wasn’t a strict documentation of the art form as many graffiti movies are – it had heart, an actual narrative and actors. Upon closer inspection I realized that one of the two main actors was a guy I’d grown up with in Santa Cruz and then in San Francisco. Brian Burnham (who plays Curtis “VAIN” Smith) has the most raw acting talent of any person I’ve met. It was good to see that he’d taken a shot at acting after so many years. 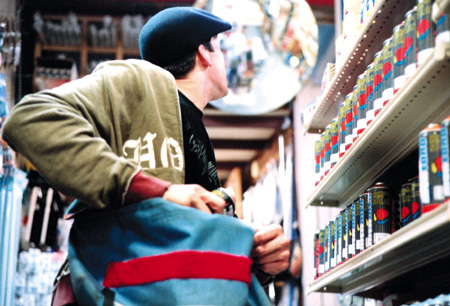 Over the course of the next six months I was constantly revisiting the site to see when the film would open in San Francisco. After receiving critical acclaim at the the Hawaii Cinema Paradise Festival, Seattle 2004 International Film Festival, Stockholm International Film Festival, Cinequest Film Festival (San Jose, CA) and Berlin International Film Festival (where it was honored with a prestigious “Special Mention” award), Quality of Life finally made it’s first hometown public screening on November 12 at the Roxie Theatre in the Mission District as part of the community-based Film Arts Festival. Since so many of the film crew came up through the Film Arts Foundation, they wanted to have a special preview screening with the community that supported it. The Roxie Theatre was especially relevant to the film since one of the scenes was actually filmed in the theatre and most all other scenes were filmed within a few blocks of it.