Sonar is the multimedia festival held in Barcelona, Spain every year. Sonarsound Tokyo has been held as a satellite event of the Sonar every year since 2000. This year was not an exception, including enriching visuals not the music, Sonarsound Tokyo was held for two days of October 9th and 10th at Ebisu Garden Place. This is the story of two days of meeting of music, technology and people. 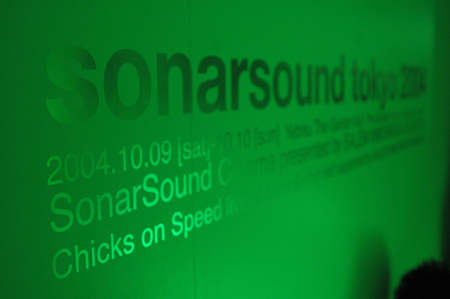 On the first day, we saw one of the biggest typhoon in our history in Tokyo and worried about the event’s opening. However, in the front of the entrance, there was a long queue and the crowd was trying to get tickets sold on the day. The sight of the entrance showed me the expectation and excitement to this festival.

I finally got through the chaos. Inside was also filled with people and I hesitated over to which way I should go. This year’s Sonarsound Tokyo has several venues; SonarSound Hall where live and DJ sessions was held, SonarSound Lab and SonarSound Cinema where short films and music clips from around the world. 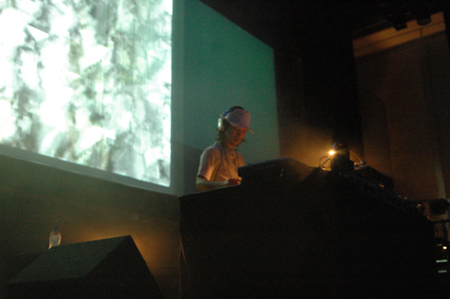 I went to SonarSound Hall at the first. The space was quite large and Karafuto was DJing on the stage. This venue was the main stage of this event and selected artists under the theme of “Advanced Music” showed club style DJing, using live and visual performance. Even the time was around 10 pm, 70 percent of the large hall was filled with audience, which was unusual for an overnight event. 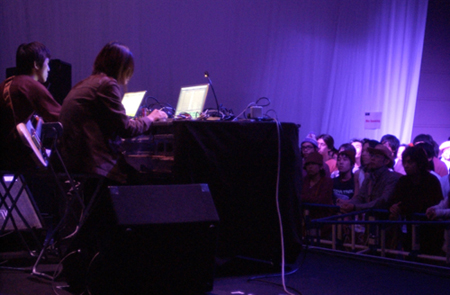 On the programme schedule, Rei Harakami was supposed to follow Karafuto. He was one of the artist I really wanted to see. I dropped in SonarSound Lab just before the time of Rei Harakami going through the passages like a maze. Lab’s size was about one thirds of Hall and this place also show progressive artist under the same theme as the Hall’s. 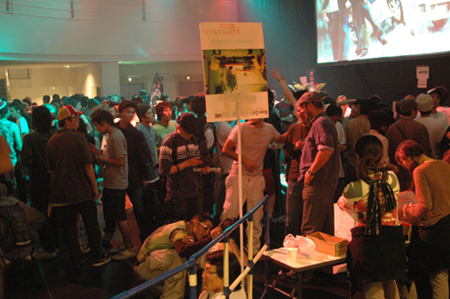 In front of SonarSound Lab, there was a section named as “Technology Showcase” where there were various instruments and music software company booths. Here people can experience the new technology which is indispensable for electronic music. I dropped in the booth of “High Resolution”. The demonstrator there was a friend of mine coincidently, and I played with the famous software for artists called “LIVE4” and the latest mixer of Allen & Heath. I had been interested in this mixer because the techno-god Richie Hawtin use this same software, it was actually fun. Software and the mixer is linked and you can even control the filter on computer. Technically it’s not so unusual because there’s USB-MIDI controller now but the design is great and it’s very exciting to control. Recently, there’s some DJs who play with an iPod so it would be more fun if it could control iPod as well.