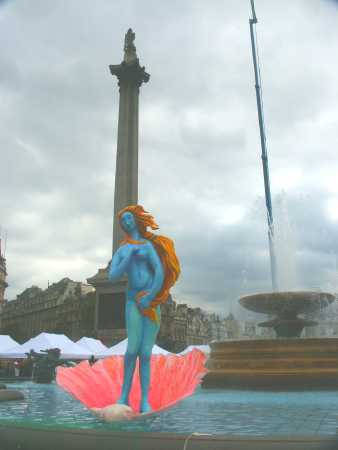 Anyone who has visited Trafalgar Square will know the place, famous for the Nelson’s Column, lion statues and pigeons. Trafalgar Square was pedestrianized after extensive work and reopened in July 2003. Since then music, street performances and a variety of cultural events have been held here, and has now become the new London hotspot. 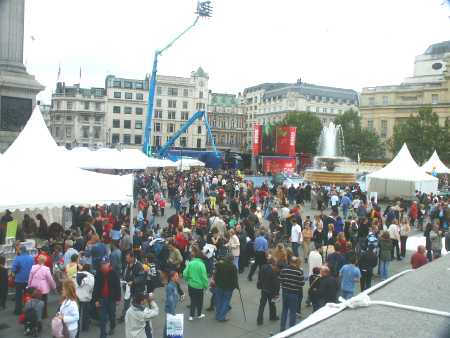 For three months from July this year, over twenty free events were organized here, as part of the ‘Trafalgar Square Summer 2004’ season. The last event of the season took place on 26th September, the launch of ‘The Big Draw.’ In its fifth year, it’s mottos is that ‘every can draw.’ It aims to rid of the notion that you have to draw nicely or well, and to realise that by drawing one can learn how to observe, communicate and use the imagination, and most important of all, to enjoy it. 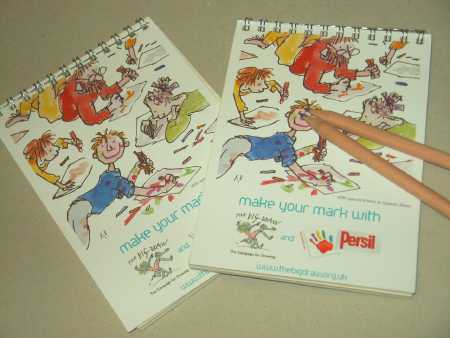 When I arrived at the square about noon, it was already full of families. Many small marquees had been erected at the foot of the lion statutes and inside there were activities such as drawing each other’s faces, making masks and drawing things in the square. Works of art created with these themes were being displayed.