Cafe Moskau, an impressive building constructed in the 1960s and partially renovated in the year 2000, provided a grand canvas on which to stage the third Contact Europe event. The venue, once a late-night spot for foreign dignitaries and Berlin’s governing elite, is now a space open to all for the purposes of partying, in true Berlin style. 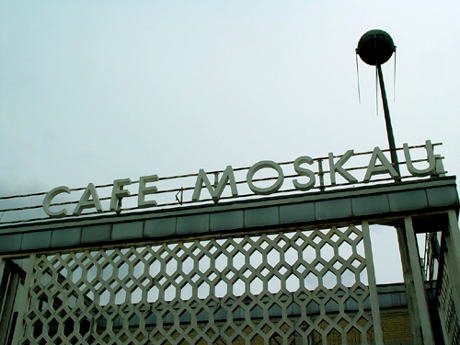 Contact Europe celebrated the emergence of the ‘visual jockey’ phenomenon with three days of VJ workshops, panels, and performances, and over 170 artists involved. Walking through the labyrinth space was like tripping the light fantastic, with every inch of wall flickering with moving pictures, and four rooms of visuals to immerse the senses. 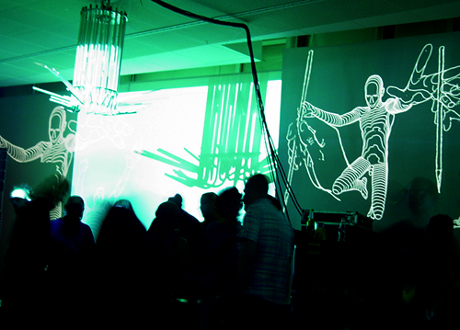 DJs and live acts provided entertainment for the ears, with a line-up of local and foreign acts, including Funkstorung, Berlin-based live band Rich and Cool and DJ Matt Black from Coldcut. 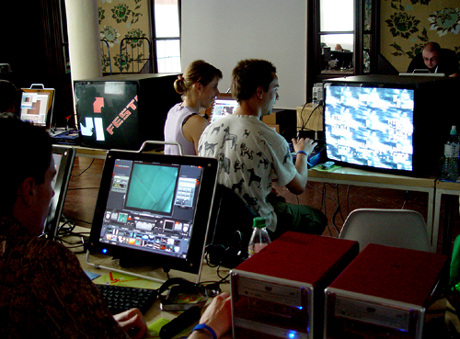 Workshops were held on each day with rooms full of workstations and effects hardware units, where aspiring VJs could familiarise themselves with current VJ software , and for more advanced users and software developers to check out new software and hardware developments.