With a computer and a fax machine and lots of space to goof off, people could further communicate with them by emailing and faxing them. Words of encouragement were pinned up against the glass for the audience to read. They were often labeled to as the four “Botak” men. “Botak” meaning bald, a clear reference to their clean-shaven heads appearance. 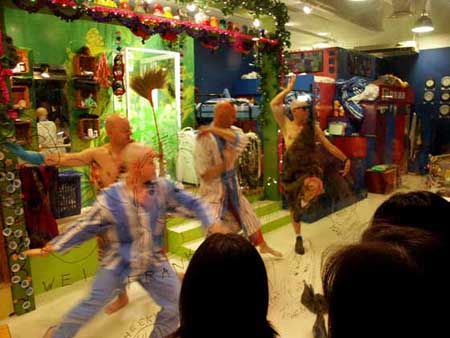 With a little trap door as their only physical gateway to the outside world, it provided their daily groceries where together with an open kitchen, audiences get to see the cooking process of all the local delicates they whip up (including the famous Hainanese Chicken Rice). Meal times were always a crowded affair at the urban capsule, as the wine and orange juice flowed. Seated in a row facing the audience, they had lots of company as people watched their every move. 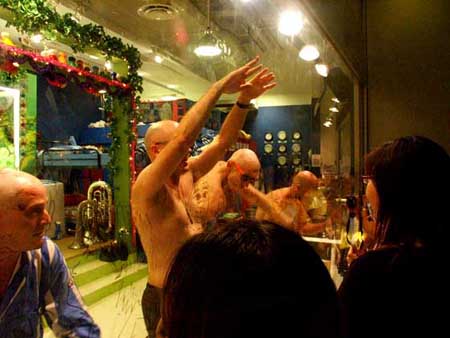 Never alone for a moment, Urban Dream Capsule stole the hearts of Singaporeans. They had become close friends, friends who had opened their homes to us.