Do you know a female artist, named Tujiko Noriko? She debuted on an Austrian experimental label, Mego in 2001. Now she lives in Paris but works world wide. She has been participating in several international festivals such as Transmediale in February, Sonar and Mutek. As the first place of her Japan live tour, she chose Soso in snowy Sapporo on March 20th. 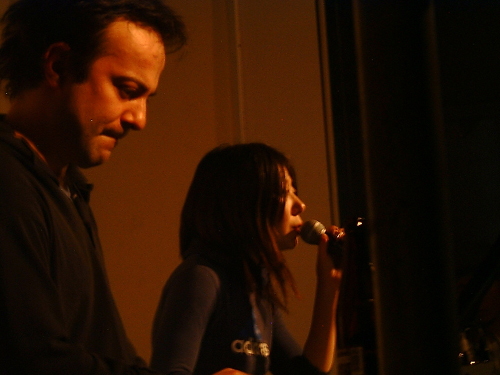 When I stepped into the venue, the place was already filled with feverish excitement as the audience waited for her. Meanwhile, Tujiko Noriko, the main act of the day looked very relaxed drinking beer. 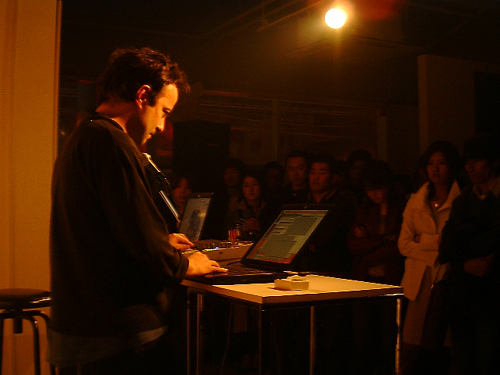 All lights were turned down and a man appeared on the stage. He is Lionel Fernandez from Discom who accompanied her as a support member for this tour. As his profile says “hard digital noise making full use of MAX/MSP”, he played a performance with one lap top. His 20 minute performance consisted of hard noises. Some people were intoxicated with the noise with their eyes closed, others sat down on the floor escaping the sound from the speakers. 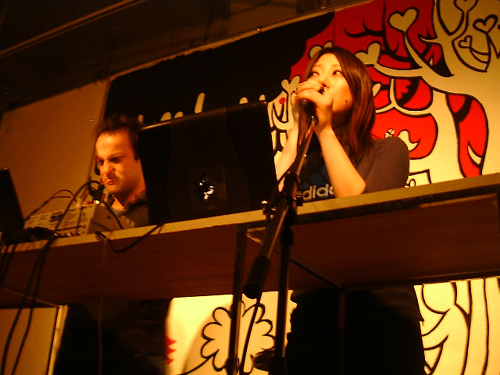 After a short break, when our ears became flat, she appeared on the stage in casual clothes. The first track was melodic in contrast to the former session and as the live went on, noisy and broken track and her clear vocal brought a unique and other world sense into the space.