Though the name Daniel Libeskind has become synonymous with large-scale public commissions, it wasn’t always so. Before the Jewish Museum was built in Berlin, Libeskind was known only as an academic architect without a built design to his name. So it seems fitting that his birthplace as a world-renowned architect would be hosting Counterpoint, a comprehensive collection of his works. The exhibition presented models, sketches, photographs and films of 14 projects, including his competition winning proposal for Ground Zero and the World Trade Centre, however it was the “fringe” works that caught my eye. 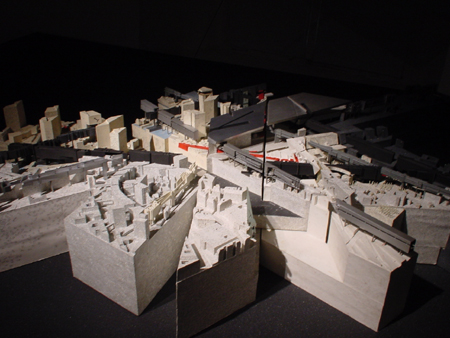 It is interesting to contemplate what Potsdamer Platz, Berlin’s impressive focal point or unfortunate eyesore, depending on your point of view, would have become under Libeskind’s direction. His design, called “Out of Line”, incorporated significant open spaces between 10 “puzzle” pieces derived from the fragments of memories buried in Potsdamer Platz, referred to as “the thunderbolts of absolute absence”. 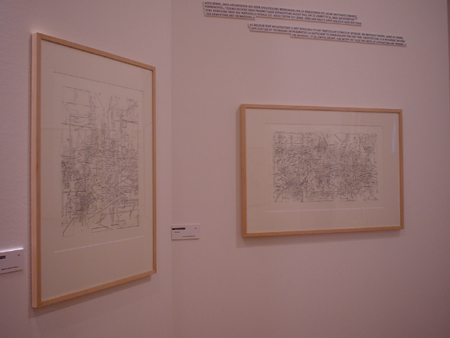 Early in his career Libeskind produced two suites of drawings which reflected his thinking about the nature of architectural space: Micromegas and Chamberworks. Developed from his interest in geometry, Micromegas could be considered an alternative blueprint, whilst Chamberworks seems to explore the interaction between architecture and music, deeply rooted in his background and arguably one of his greatest influences. Both are clearly the basis on which Libeskind’s theatrical, geometrically complex architecture was developed and it is remarkable how his vision, borne in these drawings, have been realised in his projects. 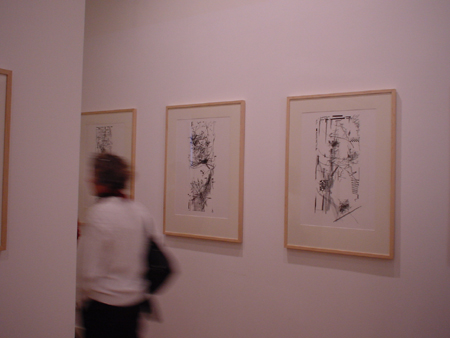 After gliding through 600m2 of space containing celebrated projects such as the Osnabruck’s Felix-Nussbaum-Haus and the Imperial War Museum North, Manchester, the exhibition takes a step away from architecture to a room showing a film installation “Architectural Dialogue” by Dirk Szuszies and Ferdinand Teubner featuring dancers in an empty Jewish Museum, choreographed by Sasha Waltz specifically to form a dialogue with Libeskind’s architecture.