I recently took the time to visit the Tokyo Doll Show at the DX here in Toronto on the advice of my friend Derrick Hodgson (MDRL, Hoboyard). I was aware of some of the interesting new things happening such as the capsule toy craze, but was unprepared for some of the unexpected pieces at the exhibit. 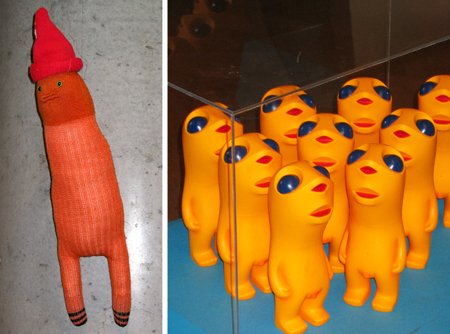 The photos shown here are just a few of my favourite examples. It was interesting for me to see the diversity of materials and styles being used, ranging from wood to different types of plastics and stuffed fabrics. These artists are definitely redefining the world of doll and toy design. As an illustrator and designer, it’s inspiring to see others breaking from the mold of traditional media and business models in order to realize their creative vision. 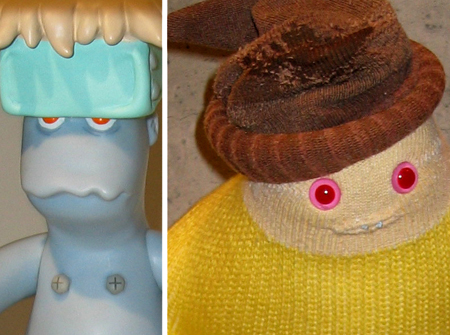 I checked out the website for the show where I found the following statement describing the exhibition: “Contemporary ningyo (figure) are produced to represent the figures, styles and cultural language of the underground and pop culture in Japan. The exhibition presents original dolls from Japan and Canada and explores the distinction between art, design and commercial product”. The website also features more examples of the pieces on display at the show. 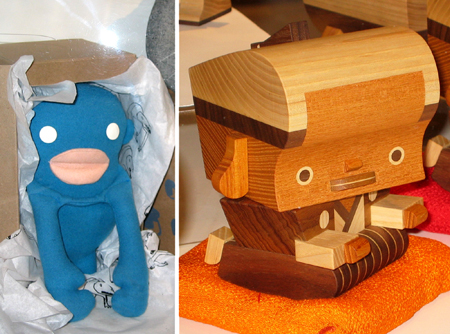