Tokyo Designers Block (TDB) was held throughout Tokyo in areas such as Aoyama, Harajuku, Shibuya, Roppongi, Daikanyama, Shinjuku, etc from October 9th to 13th. It is a very unique art festival not only in terms of its scale, but also the way which the art is displayed and its link with several projects. Find out more this dynamic exhibition here with me. 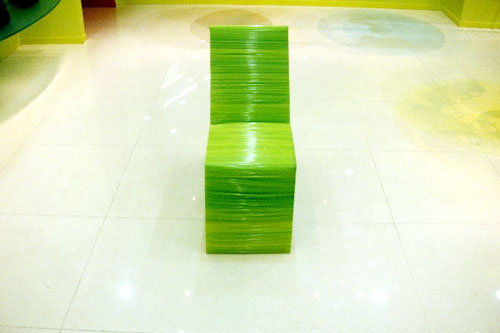 First of all, here is Idee Shop in Aoyama. It is one of the biggest spots and functioned as the information center of TDB. Works by Jerszy Seymour, a designer from Milan, were exhibited here. 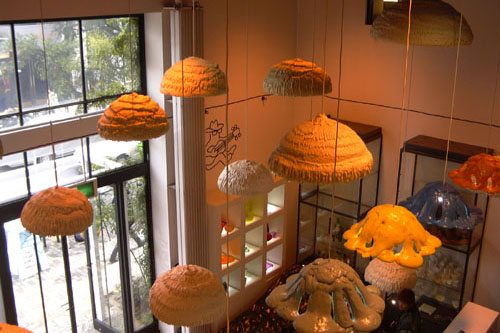 In a piece titled “welcome to scam city”, there were special resin treated lights and a sofa that ooked uncomfortable with a bumpy surface creating something like a solid lava formation. But actually, it was made of resin treated material! So if you sit on it the shape would change to fit your body. At first glance, they looked grotesque but he put them together making a pop and rock atmosphere which was quite humorous. 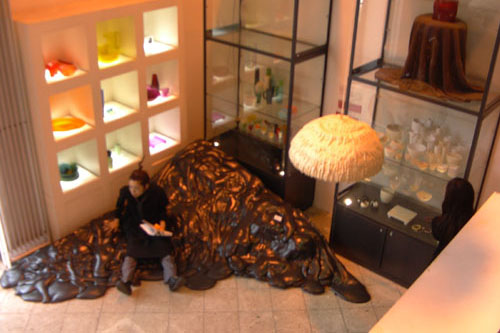 The “Wonderwall” series by Masamichi Katayama included items such as a kitchen shelf and CD rack, was also exhibited in this shop. 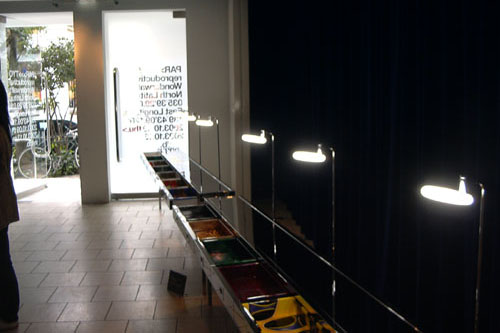 The inside of the shelf’s drawers were painted by Masataka Kurashina with a snake motif. Mixing images of hard-look aluminum and soft-look snakes created a unique attraction for everyone. 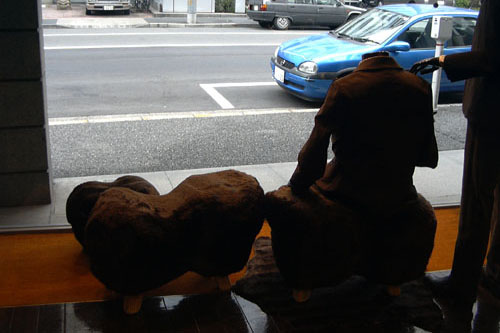 Next, I visited the Paul Smith Collection located along Kotto-street. There was a stool designed by “see saw” using fur with a mannequin sitting on it. It matched well with the shop’s atmosphere. 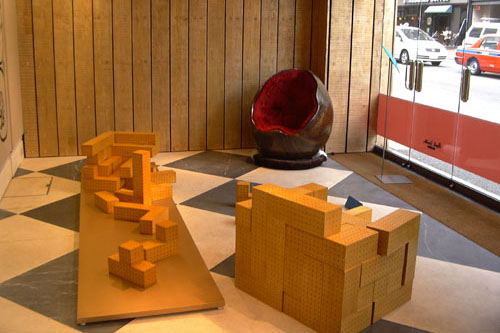 At Paul Smith Women, there were also works that incorporated see saws. There were two types of chairs and one looked like a hollowed out coconut. The other was made by combining bricks. I felt that they were organic and soft. Was it because of “Women”? 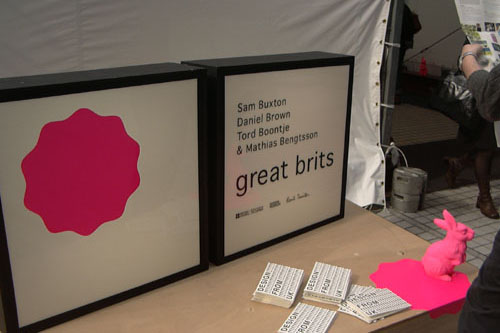 Then I moved to the United Nations University, next to the Idee Shop, which was functioning as the main base of TDB. Several symposiums and exhibitions were also held there. The most notable project was “Great Brits” organised by the British Council. It featured four of the hottest young designers from the UK. In a big tent, art works by Tordo Boontje, Mathias Bengtsson, Daniel Brown, and Sam Buxton were exhibited making a strong presentation of the British design style.