French graphic designer, Genevieve Gauckler created the cover design for this issue. She creates images by “sampling” different kinds of things into an image such as pictures, characters or everyday items. Her most unique style is “Mandala”. Genevieve was recently featured in “design and designers”, a series published by Pyramyd. Looking at her works in the series evoke a happy, lively and enjoyable experience. 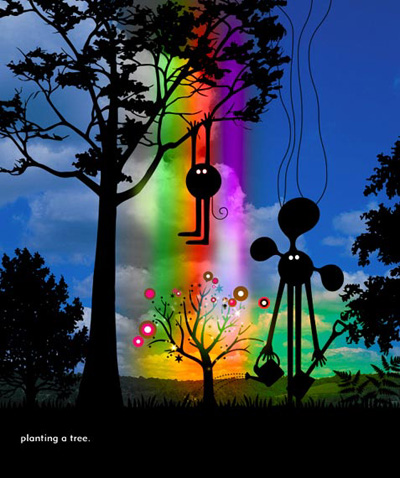 Genevieve Gauckler. I’m a french graphic designer. I’ve been working on my own for 12 years in different fields : print, video, web. After graduating from the Arts Deco school in Paris in 1991, I started collaborating with the french electronic music label F Communications (Laurent Garnier, StGermain, Shazz, ScanX…). From 1995 to 1999, I worked with the directors Kuntzel & Deygas (videos for Dimitri from Paris, Sparks, commercials for the Yves Saint Laurent Live Jazz perfume, various short films…). In 1999, I was hired by the swedish e-commerce start-up Boo.com to create an online style magazine. While in London, I also worked with Me Company. In 2001I moved back to Paris at which point I started making illustrations and character design. 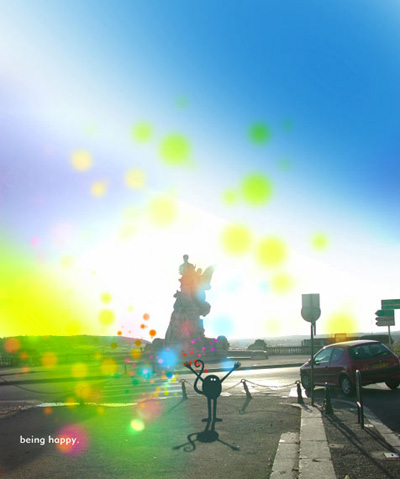 What project are you working on now?

I’m doing loads of different stuff ! Now I feel confortable with the technical side of any medium, I really enjoy jumping from one to another. That’s why now I’m working on illustration, graphic design for books, videos (with Pleix) and art (Mandalas). 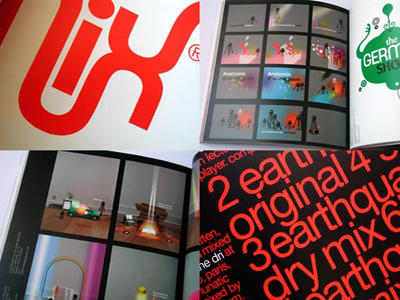 You released your portfolio-style book as a part of the Design & Designer series from Pyramyd in February this year. Could you tell me how it got started?

The publishers said that they wanted me to be part of the collection, and asked if I would. At first I said no because I didn’t think I had enough stuff to show. But they made a lay-out test and it worked. So I said OK. I selected the work I wanted to be published and they made the rest.