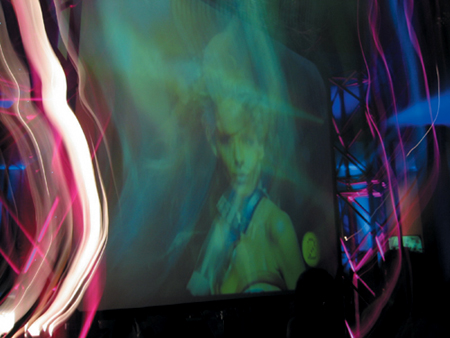 That was the catch phrase to this year’s stylish extravaganza, hosted by the Artist Group. Entitled “Event 11“, this year marked the eleventh year of representation for Creative Professionals in the Design, Fashion, Media Arts, Advertising, Public Relations, Entertainment, Commercial & Video Production, Photography, Film, Music, Graphics, Gallery, Club, Retail, Talent and Beauty Industries, so reads the press release. The party proved to be the year’s largest, and will no doubt serve as the conversation piece for the season. 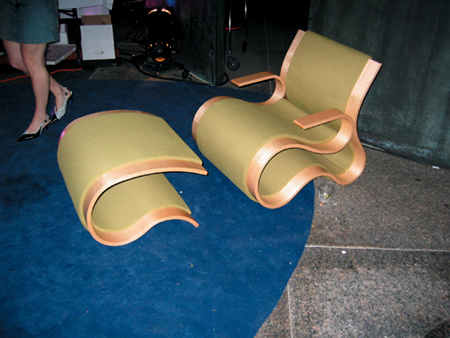 With featured products from the likes of Nienkamper (showcasing their latest and greatest in furniture creations) and Cadillac Fairview’s Collection of original Mies van der Rohe Furniture, reclining in style between bouts of mingling was always a fashionable method of segway. Audi was also on hand, showing off their new model S4, alongside the 2004 model A8L, A4 and the TT Roadster. 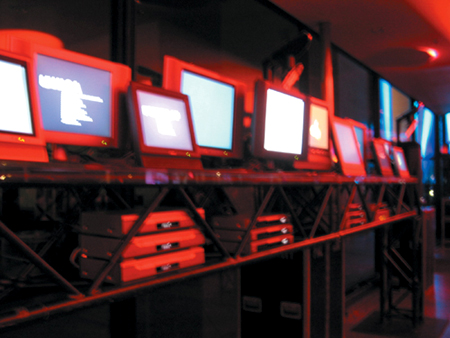 Sharp showed up with a slew of Liquid Crystal Technology monitors, featuring a series of 11 short films from Director Jason Ebanks. Allen Chan from Pixel Gallery hosted a digital gallery showing, while Fade to Black showcased cutting edge casting for the commercial and video production industry. Fashion Television was on hand in their open air Media Lounge. Bacardi made sure that everyone was properly hydrated with their new cocktail-inspired flavours of rum, Halpern Enterprises offered their renowned Gosset champagne from France while Sol and Stella Artois provided ice cold beer.