Touted as Singapore’s first ever-biggest Alternative Music Festival, Bay Beats provided an alternative platform for local talent. Held at the Esplanade, the three-day event was performed on two outdoor stages [namely the Arena and the Chillout stage]. Located at the edge of the city, the Singapore River and the cityscape provided a scenic backdrop for the event. 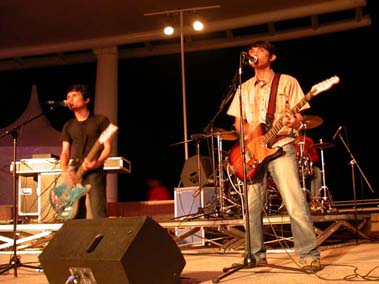 Fans were treated to long awaited performances from their favorite bands. And it was no wonder that the crowds went wild. With almost fifty local and foreign artistes performing across the three-day event, Bay Beats saw the Esplanade invaded with punk and rock lovers dressed and styled to fit the event. 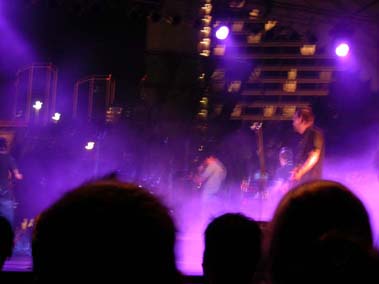 Featuring a mixture of local and foreign talents, local bands brought the house down with the crowd going into a mad frenzy with their appearance. With well-respected bands like Fishtank, Force Vomit and Concave scream performing, local bands and their fans are finally one step closer to being recognized. Some performances turned into the band’s own personal concerts, with encores and all. Foreign acts too rocked the house. Featuring the likes of Brandtson (USA), Sommerset (NZ) and Buddhistson (Japan), fans took to them just as they did with the local bands.

Not turning the entire event into a punk affair and to suit the change in atmosphere when the sun sets, Drum and Bass were the order of the evening. Day one saw a series of House while day two and three saw local Drum and Bass DJs taking centre stage as they took over from the bands leaving foreign DJs to lead the event late into the night. DJ Friction (UK) and Stamina MC (UK) headlined the Chillout stage with their thumping anthems. With the Merlion and skyscrapers outlined behind them in the dark, the world seemed to move at the pace of the music. 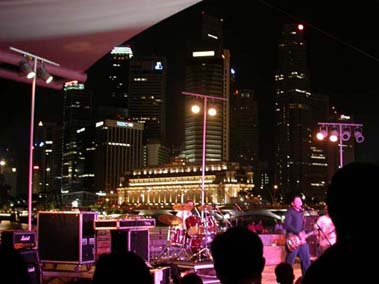 Being an outdoor event, bad weather is always a hindrance. Not Bay Beats though. The rain did not dampen anyone’s moods, instead they seem to refresh people’s spirits. After all, the city is alive with the sound of beats and rhythm.