“Resfest“, one of the world’s largest digital film festival toured two cities in Japan at Laforet Museum Harajuku, Tokyo and Namba Hatch, Osaka, from November 21 to December 1. The development of digital technology has brought a great contribution to the idea of creators of any field – music, art and design. Resfest is an annual event featuring cutting-edge short films in challenge of examine the future possibilities of digital images. The tour started from San Francisco last September and will be traveling to more than10 countries all over the world. This is a report from Tokyo about its Japan tour. 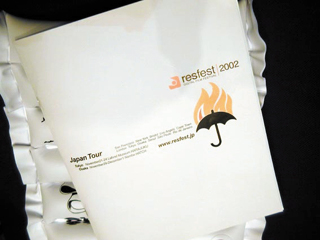 Resfest consisted of three main programs. Screening of the year’s best short films, workshop for creators and talk sessions, and were spread in 4 days.

I went to Laforet Museum everyday, crawling the crowd of kids as the venue located on top of the building of kid’s fashion Mecca. Although that experience was really exhausting, the event itself was interesting and the audiencehall was almost full everyday.

Motoya Kurihara, the producer of Resfest since the first Japan tour in 1999 said, “I am very surprised to see so many people at Resfest. In years,Resfest had been well received and now more people come to realize how to enjoy Resfest, I suppose.”

To enjoy Resfest is similar to the joy of short films. Short films are very casual for both audiences and film makers, as audiences are very used to seeing commercials films and music videos as itself. Cheaper and better technology encourages creators to challenge making more digital films. And Resfest complying those digital films has an atmosphere of the DIY spirit all over the programs, as if anyone can feel “I can do it by myself”. (The origin of Resfest was called “low res festival” which was to showcase the low resolution films, explains some spiritual aspect of Resfest…) 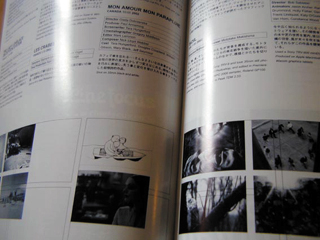 The programs on screen consists of about 150 works selected from1500 or more short film submissions, from which they created unique thematic programs such as “Videos that Rock” -the showcase of rock music videos, “Drive me crazy”- a program of road movie shorts, “By Design”- showcasing experimental design films, and “True Story” of unique documentaries. Each footage was 80 minutes long and13 different programs all together, which was a really overwhelming volume.

This year, the special programs were featured; workshops and talks by Johnny Hardstaff (UK) and Logan (US) and a retrospective screening of Chris Cunningham. 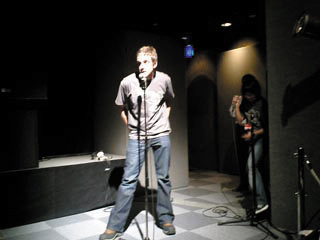 “Pulk/Pull Revolving Doors And Like Spinning Plates”, was a figurative, long music video for Radiohead, illustrating the vulnerability of conjoined baby twins who were dramatically separated from each other by the centrifugal force of a great machine. This less emotional but fascinating image resonated with the drifting melody of Radiohead and created its mystical world. 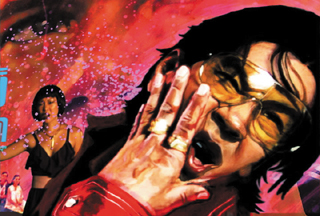 The West coast design team Logan produced entertaining music videos with Money Mark, the keyboardist of the Beastie Boys. This film with Thai B-movie imagery was made by mixing cinematography and animation. In their workshop, they introduced their unique creative process which originated from their background as graphic designers.