The young French designer Vincent Dupontreue, has everything to arouse jealousy from others : only 25, 2 Haute Couture fashion shows already, articles in the international press, television shows with most reknown fashion journalists in France, like Viviane Blassel, who scored him one of the six top of the crop designers in Paris. 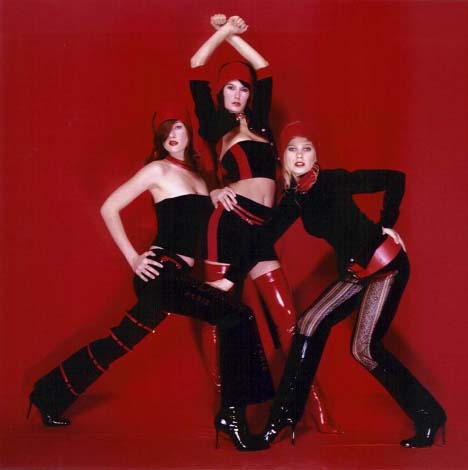 Yet, nothing in Vincent’s life announced he would become a great fashion designer, even though he used to follow his Marsilian grand mother into Luxury Ready-To-Wear shops.

Once he graduated from college, Vincent came to Paris, in mind to become a businessman. As he was still a student at business school, and worked as an intern in one of the most famous Italian brands, he was supposed to take over the development of the brand name shops. This experience allowed him with to gather great expertise, major support and acquaintances.

He first got into suit tailorship, observing and learning, then tailoring himself. One year later, he started designing his first Ladies’collection over spring/summer 2000, and bases his work upon two essential silhouettes: the classic men’s suit redesigned, and dream formal dresses.

Eveything in the way he is running his business, stems from his former marketing and management classes. Vincent does not waste time, and quickly sat up his own company and opened his own house of Couture, 70 rue de Rennes, in Paris. He’s now been designing tailored suits for men for a year. His workshop offers a large number of jackets and exclusive fabrics.

January 2003, and he will launch his first jean and ready-to-wear lines, that will be sold in the most prestigious shops in France, as well as abroad. Realised in four different fabrics, the collection will combine chic and quality, strass and natural laces, sobriety and timeless elegance.

Self confident, Vincent concludes : “Jean is an armour, Haute Couture fascinates the world, my collection will be your seduction weapon”.