Extending the beauty of nature, arresting the tone of the city. A visual and audio experience that breaks down the elements to it’s barest and then recombining them in a spectacular manner.

This was no other than the experience of the Space lab. Comprising of vocals by Yutaka Fukuoka, Jandranka Stojakovic and Yoshiko Sakata, guitar by Natsuki Kido, percussion by Yoichi Okabe, keyboards by Hideaki Takahashi and video installation by Masakatsu Takagi, it was the recreation and transportation of viewers into an array of personal spatial experiences through audio and visual spaces. Passing clouds, moving water, running through meadows, fireworks and neon lights. Space lab recreated the beauty of nature. Something which is so familiar yet so fleeting. 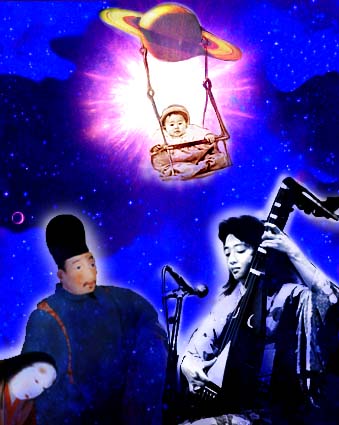 The combination of hard and soft audio elements creates a balance that reflects upon the fragility of our existence. In the opening “Evacuation”, the eternal voice of Yutaka Fukuoka accompanied with electronic pounding shifted between being hard and soft, reminiscence of man’s relationship with nature. This shifting was once again exemplified by Yoshiko Sakata in “Short Epic” which saw her performing with the traditional Biwa, displaying a range of vocal qualities, climaxing in all her intensity. 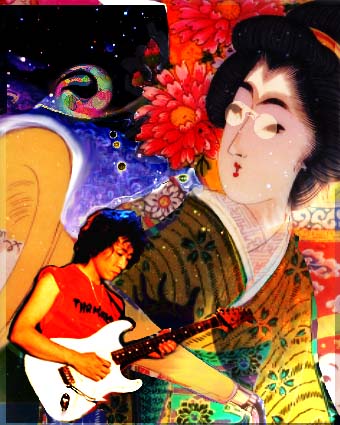 Visually, the breaking down into of basic elements into basic movement and forms and juxtaposing them back into the bigger picture creates a rhythm. Space Lab recalls the rhythm and beat of the city. Accompanied by a range of urban perspectives, they ranged from admiring the beauty of a single spark of firework, the network of grids that are present in the city to the observation of the prominence of neon lights.

In contrast, instances of nature’s presentation brings to mind scenes from Akira Kurosawa’s acclaimed film Rashomon. Perspectives that bring delight, yet so often overlooked. Yet by placing these two contexts together in their most basic nature together, their similarities are highlighted rather than their differences. Each has their own beauty, their characteristics not being that different after all.

The beauty was also in seeing the joy and delight in the performers as they displayed their craft before the audience. There is joy in recreating the moment, and it is manifested in the beauty of arresting the fleeting moment.