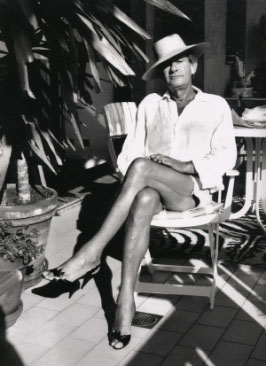 What all this has to do with Vienna? Well, this major retrospective of Helmut Newton’s oeuvre is now hosted by Kunsthalle Krems, a former tobacco factory near Vienna which was fully revitalised and turned into a museum of modern art by the Austrian architect Adolf Krischanitz in 1995. Today, Kunsthalle Krems comprises 1,400 square meters of exhibition rooms, devoting itself mainly to works of contemporary art. 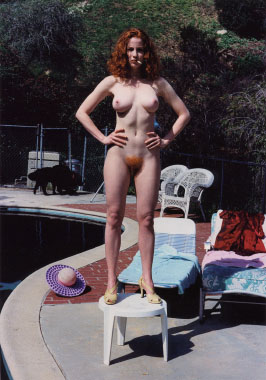 To come back to Helmut Newton – too much has been written about the Berlin born star photographer. To cut it short, Newton’s world is a complex, multi-layered one. With his portraits of famous actors, artists, politicians, fashion designers, nobles and the glamorous world of Hollywood he succeeded in modernising the art of portrait in a fascinating way. Like no other photographer Newton was able to cross and finally dissolve the borders between nude, portrait and fashion. 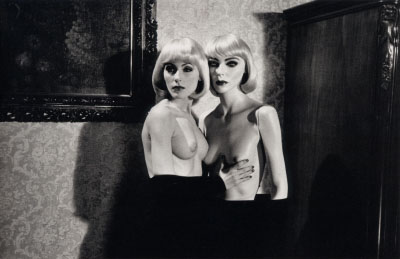 Whereas his work was considered shocking and provocative in the Sixties – some viewers might still be offended by his more extreme images (the woman on all fours with a saddle on her back springs immediately to mind) – their beauty and technical perfection is undeniable. The expressionistic qualities of his work, the precise and humorous observation of society make it apparent that Newton had already anticipated the image of women in the new millennium. His photographs show women who decide themselves how they are seen; women who shine through the vitality of their body and are both responsible for and capable of experiencing sensual joy. 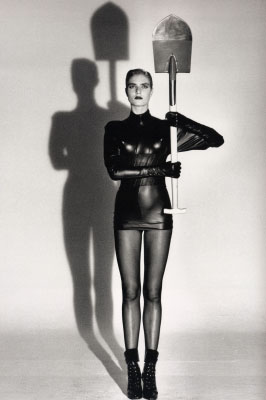 Concentrating on new and unpublished projects, this major review for the first time unites all aspects of Newton’s entire photographic oeuvre. Most of the 250 works of art on show in Kunsthalle Krems were produced during a period of fourty years. The most important thing is, however, that no distinction can be made between commissioned work, free photography and personal snapshots. Although Newton’s work has often been reproduced and presented, visitors to the exhibition will be able to gain new insights. Containing many new and previously unseen works, “Helmut Newton – Work” is a must for any devotee of photography.