It was at King Xmhu, the biggest nightclub in Sapporo. Passing a narrow path, I found the stairwelled main floor there. When I was going downstairs, I saw some girls doing a play-like-performance on a stage. And when I looked upstairs, there was a serious Afro man in black looking down at their performance. It was Smelly. At first I could not understand why he was there like that. However, his look and his interview article, which I read on the Internet before, put everything together to understand that his attraction. 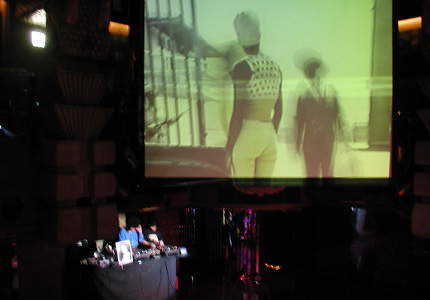 “Ouroboros Vol.1 Performasters 4” was held on that day and at that place. The idea of this event is to offer “platforms” for creators who are hoping to be succeeded with their pieces. I think this type of event, which clearly focuses on providing the presentation places for creators, is something like “a thing that people tend to believe there but it is actually not there” in Sapporo. 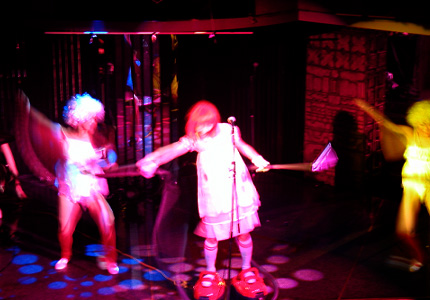 An artistic performance group Grinder Man, which is on a tour throughout Japan, “Toast Girl” were invited to this event as guests as well as “Performasters 4” featuring Smelly. “Toast Girl” got my interest in many meanings. Her performance, toasting breads with a toaster on a head, attracted a lot of attention and that brought this red-haired girl to release a CD as a major. She mixes a short play and concerts as her performance and it was presented with two other girls. The choices of the sound track were pretty nice. 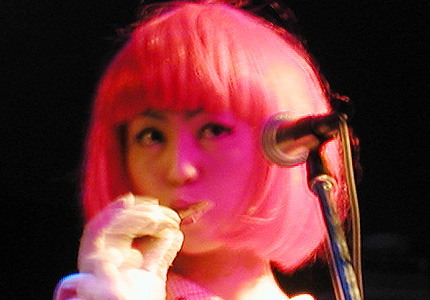 Her way of expression has a pop and cute taste but I could feel an unstable feeling of a young girl from there. Perhaps that instability is her best point, which is not easily protected by something like an insurance to be at a safety place, even after to have a debut as a major. I was assured of that point while looking at her who was walking around the stage with vacuums on her feet. She threw candies and said, “Don’t go home yet!” After the empty stage was left there. I like her unaffected way as well. She is a girl who is in a similar life as we are and she likes art… That might be the nature of her.