The Swedish artist and performer Tobias Bernstrup was presenting his fake real place in a video-projected game, based on an Unreal edit. The public is invited to wander about in the superficially reconstituted urbanity of Postdamer Platz in Berlin.

The player goes for a mysterious night walk, with almost no one outside, except a girl running in the dark cold streets and another man praying. The principal attraction in this empty town is two teleportation stations that bring you on the top of the highest buildings, for a suicide-jump offering the most impressive view on the town.

Bernstrup has an ironical look on this city, and offers an illustration of the notion of “generic town”, as described by the architect Rem Koolhas. This game is inspired from the idea being conveyed by rebuilt Berlin, made of buildings constructed by international architects, but all very similar on their sidings.

As in Palle Torsson‘s work “Sam”, a violent game with a 5 year years old heroine (also shown at the Palais de Tokyo in Paris), these artworks are not simply interactive installations, but tend to be really immersive. The full size viewings appears to be the best option to make us focus on human reality in relation with an architectural environment language. 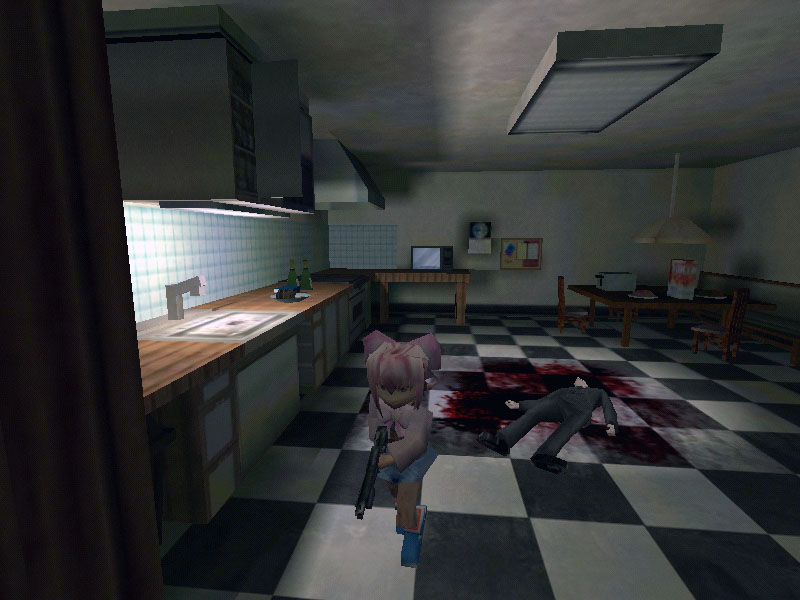 This exhibition confirms the emergence of video game works in the elitist world of contemporary art, arriving in a series of interesting experiments around this theme in Europe, such as the Art Bienale of Lyon (France) and the Game On Exhibition which is still held in London. Moreover, note that Laurence Dreyfus, the curator of Game Over City is preparing an exhibition about Tobias Bernstrup called “Nekropolis“, that should take place from September 23rd at the Palais de Tokyo.