David LaChapelle‘s All American show at Tony Shafrazi Gallery was welcomed by an overflowing crowd full of fashionistas, models, editors, and downtown scenesters. However, missing were the celebrities that have become the subject matter of choice for LaChapelle’s photographs. That didn’t keep the work from taking the forefront in what was a celebration of our desire to consume the celebrity. 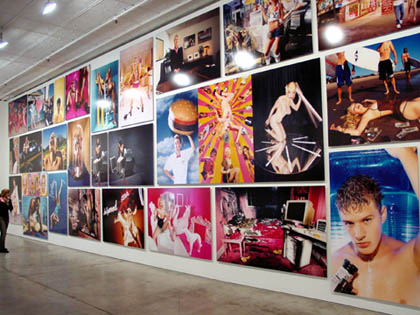 Upon entering the gallery space, which took a good 15 minutes, the photographs catapulted you into the spreads of I-D, Arena, the New York Times magazine, Rolling Stones, Vogue, the Face, the London Sunday Times and Vanity Fair. 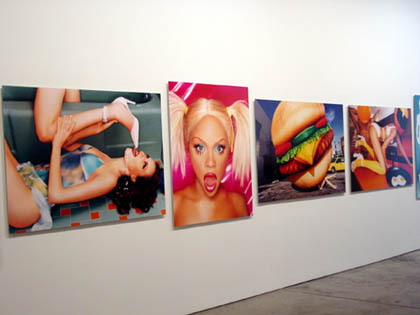 Never having seen his images at a scale larger than the printed page, one has greater appreciation for his abilities at art direction, lighting, costumes, and make-up that often get overlooked by his ability at achieving artifice. Of course that element of artifice is often the result of digital manipulation. This altering of the image sheds an interesting light on the use of the celebrity in his photographs. Most of his subjects go to terrible lengths at creating a certain image in the public’s eye. Of course his practice has caused controversy as would be expected. 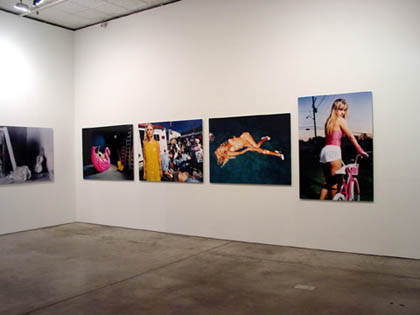 The title All American seems to poke jest at America’s fascination with celebrities. Ironically, the images with its references to idealizations of American often resulted in a look more palatable to a non-American audience.