Numer organized for the second time from April 19th to 21st 2002, at the Centre Pompidou a set of international conferences about interaction design. This event is titled “interaction design – look ahead” whereas the first issue was titled “understanding interactivity”. It was a place for words, invention, and communication. it was the crossroads of theory and practice, it was the sharing grounds of experiences, questions and insights. 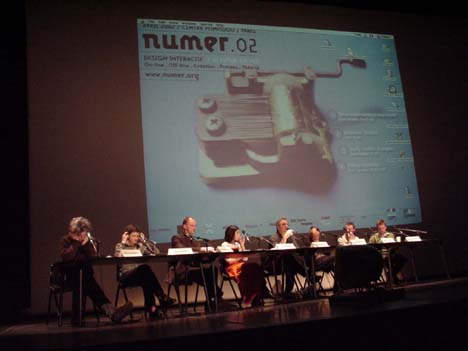 Conferences were divided in different topics: The first of them was : process & adequacy. During this meeting, different orators spoke about the work conditions of interactive designers.

The different questions were : What is good and what is bad in production of interactive object? How is work distributed? Who is responsible for interactivity in the team? Is collective design a utopia? What feedback do we get? Is it educated? Relevant? What do we like to hear: It’s beautiful? It is effective? It is new? When can we talk of commercial success? How will this in the future? Are we building on solid grounds? Or are we breed that flourishes at the digital frontier, fleeing stability instead of seeking it?

To answer all these questions the first orator was Stewart Butterfield, he is an interaction and user interface consultant specialized in web-based applications. He explained the flaws in the navigational metaphor, where it came from and how it became so pervasive and the faulty context it creates for both theoretical progress and practical working arrangements in design teams. he also presented some alternative conceptions and suggest a way of thinking which avoids the problems surrounding navigational metaphor. 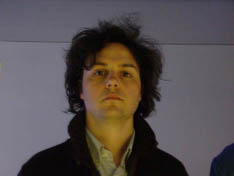 Next, Maurizio Poletto spoke about “stolen design”. He is an Italian Designer working in Vienna since 1996. He is currently an Art Director and responsible for the Creative Department at Nofrontiere Design AG. He explained that system design is an open space, a playground for experimenting with all the knowledge we collected during the past years on digital design, and over all the changing faces of our professional experience. He think that designers don’t really know what they do exactly, and probably they were just understand it completely when they will be ready to switch to the next phase of our development. 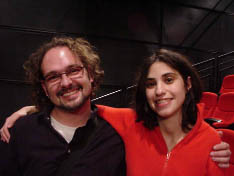