Hong Kong had a small heat on Lomo. Photos were hanging at bookstore like Page One and boutiques like “medium rare” and Double Park.

There’s a person behind the heat who has contributed her personal time to let Hong Kong people learn what is Lomo – Elaine Lee. She is a twenty-six-year-old designer and interested in photo taking, chating with friends, enjoying taking a piece of cake and a cup of hot coffee. 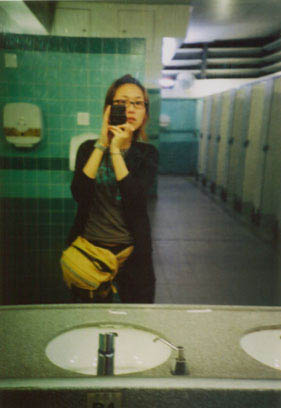 How long have you took snap shots?

When did you start taking snap shots?

I started taking snap shots at my friend’s birthday years ago. At first, I took photos with automatic camera, but the flash made the photos look “unreal”. I mean using flash when taking pictures is pretty much part of the set up for the atomsphere. I like the everything just the way it is. So natural and original. That’s why I started giving Lomo a try and it could catch the moment. Sometimes the result is unexpected. 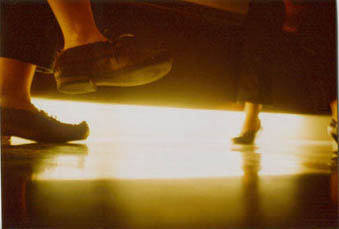 How did you know about Lomo?

I got an email about a Lomo photos contest named “HK noise” by Hong Kong Art Center. The contest had three topics: My Story; My Terriorites and My People. I joined the contest and met the Lomo director Damien, and the Asia President Carsol. 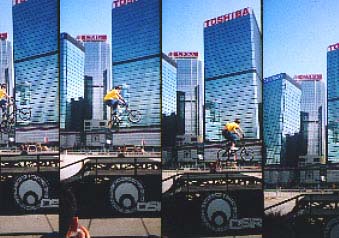 About a year ago, I read about Lomo from Relax magazine, and interested in Lomo’s color and shape, and the look and feel of the photos. I went online to purchase my first Lomo.

What do you think the difference between Lomo and other cameras?

Lomo is not fully manual control, so that I can control the camera that can fully demonstrate the moment. 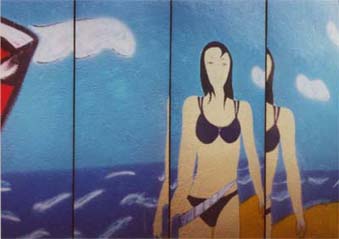 Where is your nake name “Lomo Star” comes from?

“Lomo Star?” Well, probably it’s because Damien and Carsoal named me to help promoting Lomo in Hong Kong. The name may also helped to send message to other Lomo lovers.