It is one of the most famous digital festivals in Europe. Every year many people from all over the world spend one week in Linz, Austria to see the longest and largest media festival from the best side. And like every year it is a fantastic mix between and art, technology, business and entertainment. 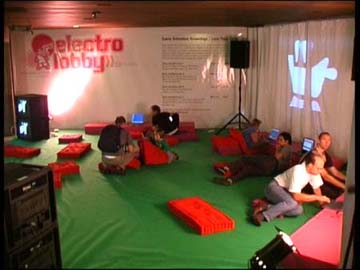 After "Next Sex" , another interesting and critical theme was presented "TAKEOVER, who’s doing the art of tomorrow?". Last year’s theme of sex in the digital world was often verbal attacked but this year stocker wanted attention and so even before it’s opening, the Ars Electronica festival had already been a very popular discussion material.

"If you don’t think this is art, please call this number" was the first thing I have seen and I really got impressed when I saw that almoust at the first day the canvas was totally painted. Afterwards I went to the Electrolobby to get my ticket (Electrolobby resident) and walked along the danube to hear the ‘Klangwolke’. Probably what I have missed at the first weekend was the visualized ‘Klangwolke". I never really enjoyed it before but it has been a big part of the festival and was every time somehow interesting to see. 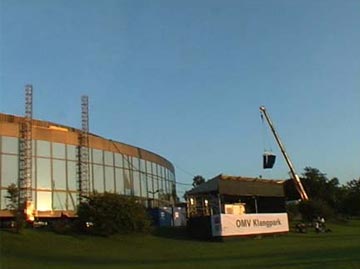 But never the less there was a real good concert from Senior Coconut. It was rainy and cold but he warmed up the glass pyramid (where the concert was placed) and made people dancing. It was marvellous to hear some Rumba at an electronical festival.

And when we speak about a marvellous concert, it reminds me to the “Telesymphony” from Golan Levin. a concert played entirely with the ring tones of the audience’s cell phones. 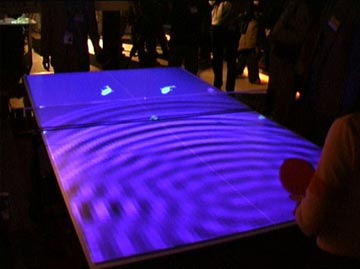 On one hand there was the festival and on the other there was the challenge: the famous Prix Ars Electronica. I liked the festival locations more, because you can see how people have been developing their projects and that was what the organizers wanted to reach. But it would be impossible to list all the great artist which have been there.