“Everyone will be rich. There will be no more hunger. The sky will be full of planes and extraterrestrial spaceships. The integration of aliens and earthlings will happen without too many dramas. Marriage will no longer exist, only love. The church will be persecuted by a universal committee because it will seek to obscure once again the truth: God is an alien and hell is better than heaven. I foresee a fantastic world!” 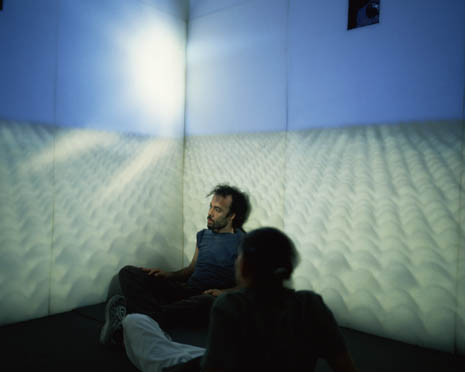 Some inhabitant of the planet earth gifted with a heightened sensibility and far-sightedness has stolen models and types of forms. The earth finds itself as such in possession of little identified objects which lead an alternative realm of form.

This is the case for the Guggenheim in Bilbao by Frank O Gehry, the private house in Sardinia of Michelangel Antonioni by architect Dante Bini and the Sports centre in Pesaro by Yashuo Watanabe. It seems that this thing is not liked much in the other world that by rights has decided to steal the architecture to bring it back to their concept of the order of form.

The video of the kidnappings is composed of three brief episodes. After various deformations in the first episodes the Guggenheim flies away as if it were a spaceship, in the second a house is stolen which detaches itself rotating in the ground until it flies away. In the third episode, the most clear, the sports centre disappears.

The metaphor of the alien world is the realm of ideas (such as that theorised by Duchamp) a high and far away place from which shapes and thoughts have come and where they are nostalgic to return.

What do the aliens do with it?

“My next work effort will be to actually ‘imagine’ how they have arranged that architecture in their space and according to what logic”.

Sarah has transformed the Big Glass of Marcel Duchamp into a crop circle, mysterious designs, enormous and perfectly regular found in fields in many parts of the world, popularly attributed to UFOs.

Maybe the real extra terrestrial is the artist. “As far as I know the only extraterrestrial artist was Duchamp, who came to earth to bring us an art which was more evolved and capable of expanding our perceptual horizons.” 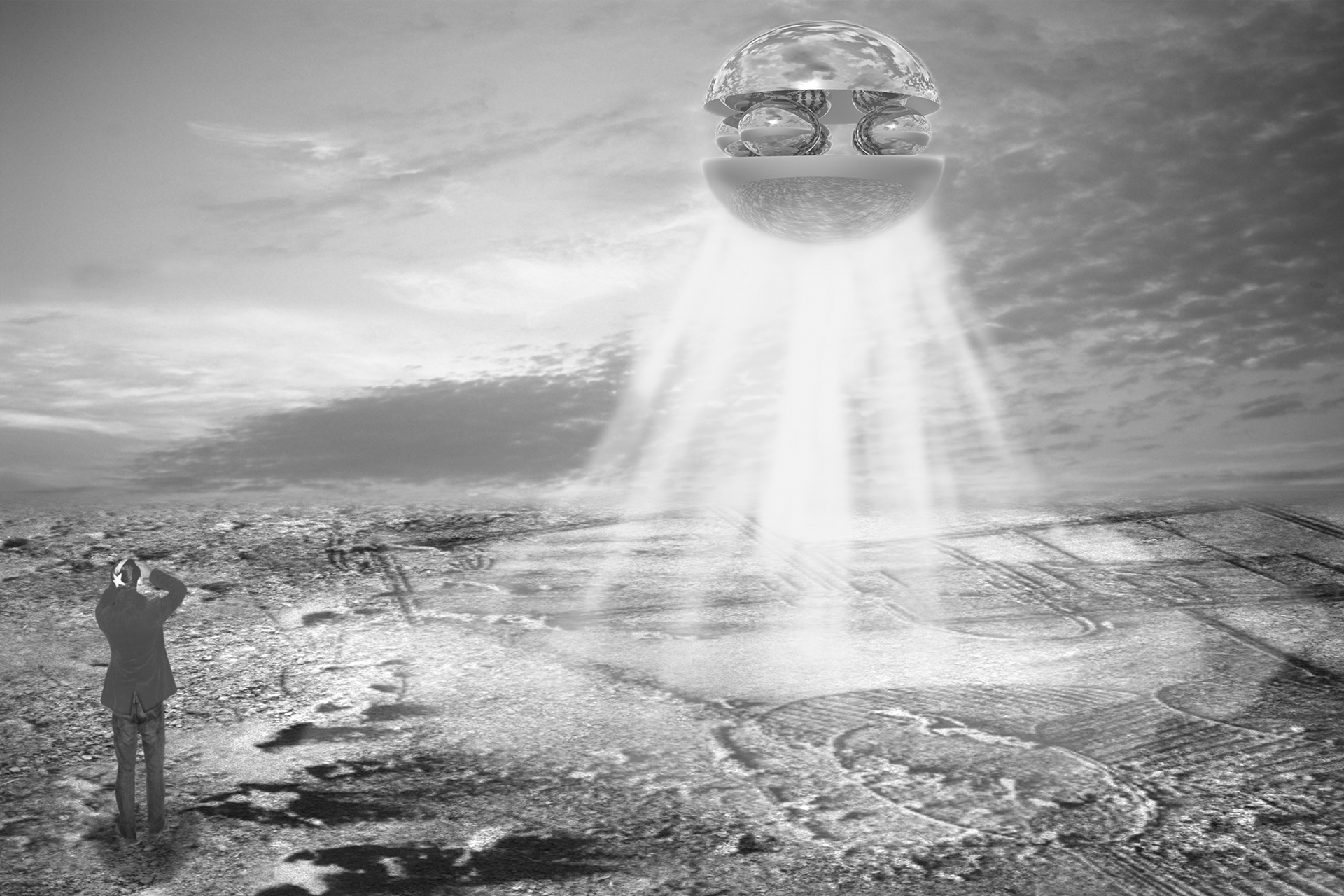 In an animation video she tells of a meeting of Duchamp with the aliens. “The artist sees a spaceship draw on earth strange signs: they are the symbols of the Grande Vetro, imagining as such that the work conceals an extraterrestrial message. For this work I chose the photo of the ‘Grande Vetro’ taken by Man Ray.”

The use of science fiction scenes, that can be reconnected to a collective imagination is the metaphor used to talk about earthly problems. To bring everything to a higher level, the realm of ideas, rational order of things to try and give sense to the world, to liberate us from earthly ties, to give us meaning or to seek a mystic sense and a truth that perhaps do not exist.