An interesting project ‘Transmission‘ focusing on creativity has started in Singapore. Especially the country’s new media scene is rapidly growing in the Eastern Asia. The new launched web site has Shynora’s artworks, and its printed version features E-boy’s piece. They also have a plan for an exhibition. This will be a noteworthy project mixing on and off line. We interviewed Phunk Studio, the producer of transmission project.

First of all, please introduce yourselves.

We are :phunk (studio), a collective of information junkies / creatives. We studied graphic design from the same art school. We hanged out in college, got together to form :phunk after we graduated in ’94. It started in an informal fashion, but slowly evolved to become what it is today.

Please tell us about Phunkstudio. What kind of activities are you doing there?

:phunk (studio) are Jackson Tan, Melvin Chee, Alvin Tan and William Chan. We are currently working on the :transmission project, popular psyence (an international popular culture zine), Plastic (a series of illustration developed from dingbats, to be made into a animated music promo video), design fonts as guerilla fonts, making our own ‘brand’ of clothings and etc…

What made you produce the Transmission project?

The chance to share, communicate, showcase, work with like-minded creative individuals we admire. It is also a combination of a few things we like, www, design and publishing. You can never do a print magazine with popup windows animating in your face…an online magazine seems the most and sensible and natural way to publish the articles we are creating.

Who are involved in making this?

:phunk and our contributors and collaborators from all over the world. The contributors are submitting their own personal works to showcase on the e-zine as well as new works (based on the Utopia brief) to be featured in the book. We also have partners such as UpperStorey to help solve the technical problems of the web-site design. We also have a group of writers who contribute stories as well as co-edit the e-zine for us. It is a collective effort, we wouldn’t be able to pull it off ourselves.

Please tell us about the contents. Who did you feature and what kind of things does the first issue have?

The first issue sets the tone and structure for the future issues. It was based on Debut as the theme, showcasing exciting new talents such as Shynola, Plastic, Neomu and Andre Weismeyr. Issue 2 will be based on the theme PLAY. The magazine has 4 main sections:
Main Artist Feature – Profile and interview of
Artists Gallery – Showcase of works Culture – Stories from various cultures
Community – Articles about the various creative communities
Contributors Profile – Featuring the works and words of our contributors.

How would you define the personality of this e-zine? Are you going to do off line activity such as print and exhibition?

I guess it’s kinda offbeat and abit cheeky… we were experimenting on a new design format for the site, to breakaway from the standard way of experiencing an e-zine/web page. We wanted the windows to work harder than they usually do in an unconventional but most natural kind of way. Web pages were just getting too predictable, we wanted to provoke, entertain and arouse the audience. We had a number of feedbacks about the site, some really hated it and freaked out, while others absolutely loved it… it’s a new approach, we got a reaction from taking chances. Like most of our stuff, it’s either you love it or you hate it, there is no grey area. There is still a lot of possibilities in the concept to explore. We are still having fun playing around and improving on it. There will be a BBS and Radio for exchange of views and gossips as well as broadcast of music we dig.

Besides profiles and features of creative individual, we also intend to publish offbeat articles from popular culture, things like toys, old kung fu comics, The e-zine is part of the :transmission project which includes a yearly book and cd-rom release as well as the bi-monthly web-site and seasonal release of limited edition posters. We are also planning to do an exhibition tour of the major cities when the book is released.

Who are you going to feature in your gallery space?

Works from the contributors and from new talents that we admire. 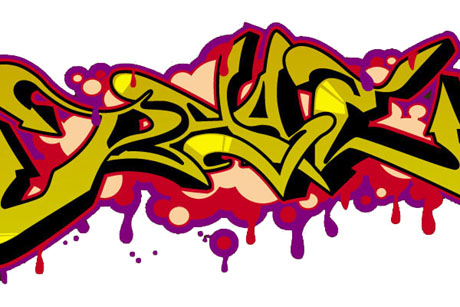 Anybody who is interested! Everybody in the creative community.

Bi-monthly. The theme of the next issue is “Play”. It will feature E-boy, Future Farmers, Dave Kinsey, Charizmatik, Banksy.. etc. We will also be interviewing creative community sites such as Stickernation, Tiger, Guerilla One… etc We are currently working on an interactive game for the issue as well.

What do you think about multimedia scene in Singapore?

William : Personally, I find the multimedia scene here too ‘safe’…we should venture more towards the unknown…

Jackson : Mainly very corporate and commercial, but I guess that is what the consumers need at the moment. Sometimes if you ask me which is more important… being able to buy Mineral water from the grocery store or go to the gallery to see a piece of work… water is probably more essential. We are the ones who try to build the cultural side of consumption since the majority are already trying their best to help you buy things of the net.

How about other media towards it?

William : They are just as ‘safe’ as well.

What do you think about the future of multimedia in Singapore?

William : We need more risk-takers to make it more interesting.

Jackson : High on technology, low in creativity I believe the design will be just as good as anywhere in the world but knowing what goes into the web-site is the problem. There are a lot of good orators who can tell stories but not enough people who knows what stories to tell. It is nobody’s fault. The country is relatively young, so it needs time to build it’s culture. We are very good consumers…. we just need to become better producers.

Most of the creative individuals we like and admire are in the :transmission project, such as graphic designers H55, Asylum, environmental designers Blow…etc. Others such as advertising creatives Work , photographer John Clang and furniture designer Patrick Chia does excellent work. Despite what we said about the scene in general being bland. We are actually amongst a new group of exciting creatives from Singapore who are radically different from the previous one. This new extended community of fashion, club, design, art, music people has started to take shape. The best thing is everybody knows everybody.

This is the last question. Do you have any plans for the near future?

William : Keep moving forward and try not to look back too often.
Jackson : As many things that we fancy as possible.
Melvin : Move my illustrations into merchandise.
Alvin : Working on more projects with interesting people.