SF MOMA (San Francisco Museum of Modern Art) has launched a new graphic design exhibition, Martin Venezky – Selections from the Permanent Collection of Architecture & Design. Presented from the museum’s permanent collection, this exhibition focuses on the recent visual language of Venezky, the San Francisco based designer/artist widely recognized for his profound composition with dynamic typography. 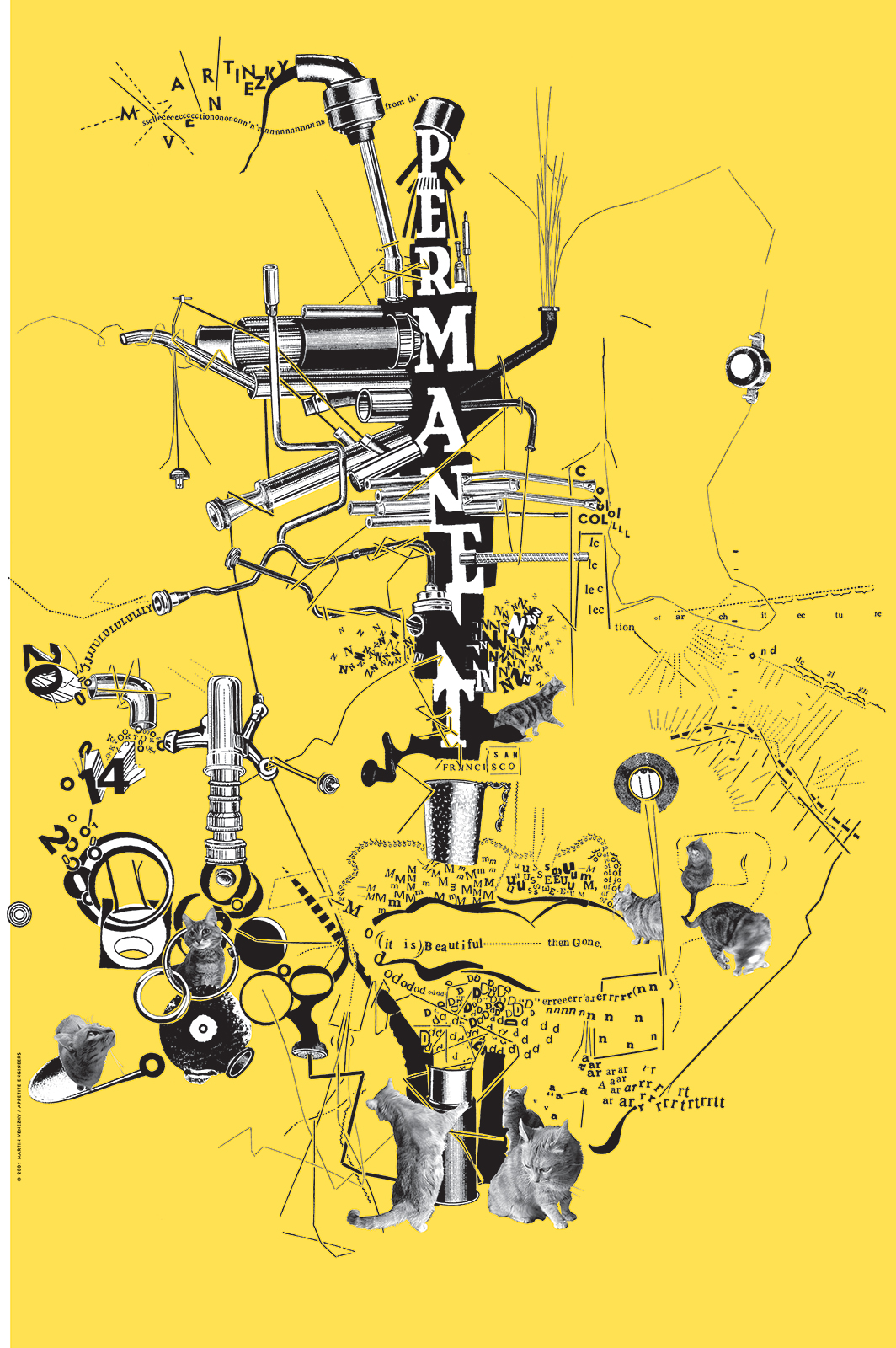 There are two interlocked, inseparable ways to appreciate Venezky’s vision. One is to simply enjoy the final printed output. The other is to ponder on the compelling process of his design methods. To refrain from predictable visual outcomes, Venezky puts a considerable emphasis on his design process, from initial research of a project’s subject to a wide range of visual experimentation. 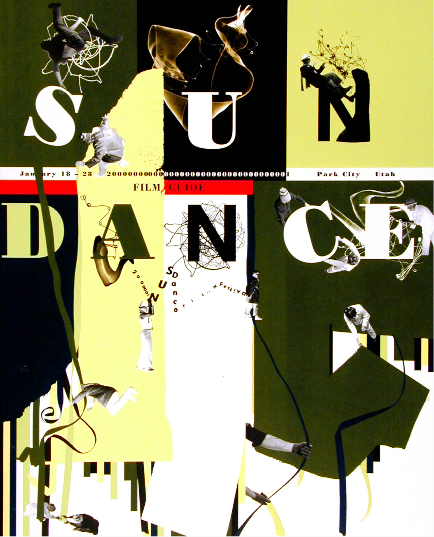 In the Sundance Movie Festival 2001 project for which Venezky art-directed, for example, Venezky first started to examine the uncultivated possibilities of the festival’s core subject – independent creativity. Digesting a number of experiments to discover unexpected visual forms, Venezky explored an ambivalent boundary between public expression and the personal. As a result, a new archetype of visual language was born, with complex layers of his own cultural interpretation of the independent cinema. Over 30 projects of Sundance, from catalogues to posters, were designed based on the language. 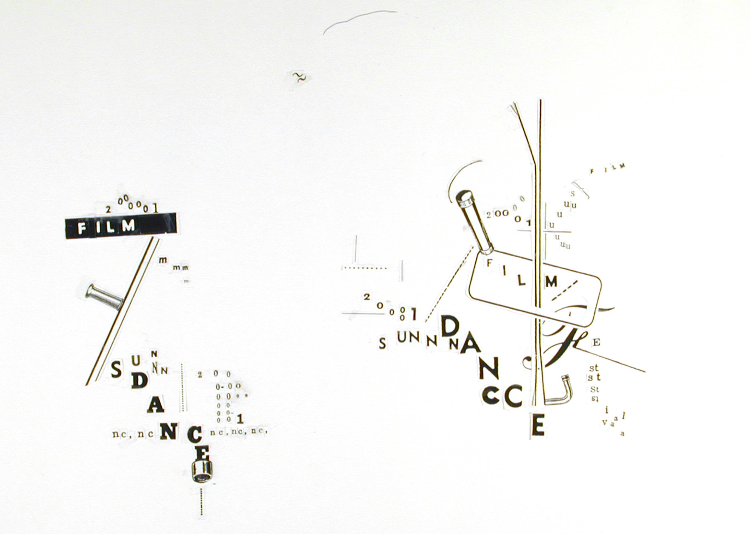 Nearly 15 works by Venezky are presented in the SF MOMA exhibition, including his art direction for the Sundance project, the nation’s largest independent festival, Open: The Magazine of the SF MOMA, and Speak Magazine.