Since five years, every September, an exhibition about electronic music is held in Paris, gathering DJ’s, labels and technologies that make french vibe. At the beginning, it was more like a kind of meeting for the professionals but it has really evolved to a famous manifestation for all the people they are interested in electronic music, mix and new medias. During three days, the “Mix Move” is presenting concerts, DJ’s mix, and the very news machines that are on the market… 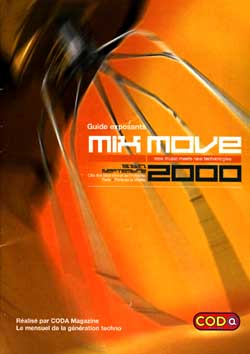 This year, Mix Move was set up in the site of the Cité des Sciences (City of Science and Industry) which is a kind of laboratory for new technologies in Paris. It was the occasion for the exhibition to take a new direction, more multimedia, and to open itself to the new evolution of the music, in particular with the networks. 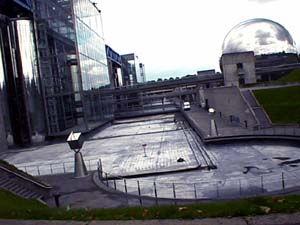 In both of the two levels where the exhibition took place, we met all kind of labels and magazines, like Epileptik Productions, that is a Techno label strongly represented in rave parties, or the magazine Radikal, one of the most popular french hip-hop magazine launched by the french rapper from NTM, Joy Starr. All that people being here in order to promote their business: at the very first, “Mixe Move” is business.

There were also a lot of places where groups of musicians had met for a short concert: turntable for hip-hop as the french group Le Peuple de l’Herbe, or computers and instrument for dub with Improvisator Dub. Not far from them were others places where locals DJ’s as Dee Nasty (from Radio Nova), or the Hip-Hop band Trouble Makers were relaying at the set… At the term of the event, there was not less than 80 artists which had played on the different scenes of the mix move. 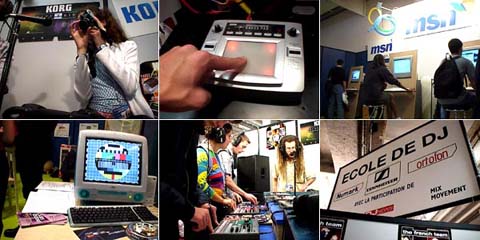 Anyway, the most commercial part of the event was definitely the place where big brands were presenting their new products, with at first the last sampler “Electribe S” from KORG and its capacity to create grooves with simple noises or the tactil effects controller, the “Kaosspad”, modulating the samples by gleedind your finger on a screentable.

We could also find all the last models of turntable by BST, Technics (but you know MK2 is forever) or Pionneer which was launching its CD turntable with digital pitch. Basically, it was a big mess for all musicians they are interested in digital music, a kind of supermarket for the home… studio, and we were even invited to test those products, as some few DJ’s especially invited to demonstrate their scratching ability: simply fabulous. 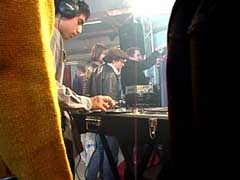 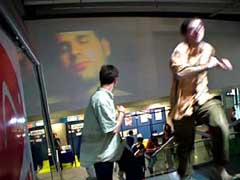 Several video clips were presented in a projection room, with a topic as trite as “Mixed Image”, and I have to say I’ve seen nothing really original or innovating. The main interest of the meeting, inspire of the shows, was the try to settle the basic of a way and a manner to think the music through the new networks. Some responses were only commercials with internet sites providing tracks to consult and to buy on-line, but there were also some interesting workshops which in musicians from different places in the world were mixing originals tracks, in a real time with internet . So we can suppose that the electronic music gonna be more and more efficient on the net in the next years.

At last, the event had to end on Sunday evening with the final of the DJ’s french cup, gathering some of the best french scratchers (DJ Abdel, Crazy B, Cut killer…), after three days of meetings and musical events, where musicians of current tendencies, from rap to the most experimental, had met in the same place, demonstrating than french music is in the right way…