Paris is living with the rythm of the the football world cup’s organisation. Sponsors ads in the street are vaunting the french team’s merits and the tourism office is insidiously asking to the parisians to be more friendly. Stifling? Yes it is because behind all of that there’s a threat of an international hooligan’s invasion, ready to kill because of one’s T-shirt color. A terrible atmosphere from which cultivated paranoiac people should escape. Those who can’t, will find in these lines the way to protect themselves from the human stupidity aggressiveness. (I’m kidding!) 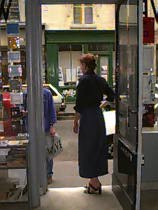 This month I offer you to discover the record shop called Wave. In France Records shop slowly disappear and it becomes almost a cultural fight against mind uniformity to maintain such a project in front of big “cultural supermarkets”. Originally Wave is a store based in Nancy (At the eastern part of France) who has developped a branch here in Paris. Its creator Gerard Nguyen is fascinated by Japanese culture. 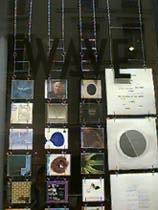 During one of his numerous trip to Tokyo, he discovered the Wave sign and also a state of mind. According to him, japanese are real music lovers and hard to please customers that you must satisfy. Back in France, he launched his record company (DSA/”Les Disques du Soleil et de L’acier”, “sun and steels records” a tribute to Yukio Mishima), he offered a record deal to artists like Pascal Comelade and he created his own record shop, the best way to promote his catalogue. 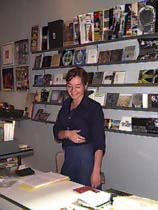 Wave in Paris is established in January 20th, in the heart of Paris, into the 11th district, an area with an impressive number of records shops. Jungle, Hip Hop, electronica, indie pop, house, techno… every style is representated. Wave’s a small place but you will be amazed by the choice. Whenever you visit it, you got the impression to become much more intelligent. Its manageress is as well as concert, happening, multimedia events producer. She programmed worldwide artists that wouldn’t play in paris without her support. A must.