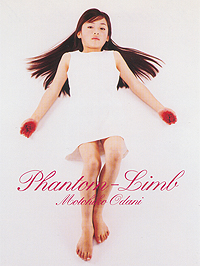 Motohiko Odani, a 25-year-old new breed in the field of art, is going to hold his first solo exhibition “Phantom-Limb” at P-HOUSE in Ebisu, Tokyo. Though he’s just appeared in the scene, he’s said to be a promising artist ever since he has joined an group exhibition held in London and Rentgen-Kunstraum where he showed off his overwhelming potencial for art.

Phantom-Limb is a psychological terminology meaning that someone feels pain with limb such as arms and legs, even after he/she’s lost them. The exhibits consist of a series of life-sized portraits, 2000 teeth of sharks, stuffed fox, wolf, swan etc, which represent both evil darkness and innocent fairness of his peculiar world.