Considered as one of Japan’s most versatile contemporary artists, Shinro Ohtake has always kept viewers with mouths agape over his dynamic play of materials, colors, forms and techniques. He is an incessant object collector—rusty junk, faded magazine covers, newspaper clippings, old monochrome photographs, signboards, posters, electronics, records, and all sorts of bric-a-brac—integrating them with lights, sounds, and smells, which congregate as dreams and memories. Ranging from paintings, prints, drawings, sculptures, products, picture books, to videos, audio and huge installations, the grand exhibition “Shinro Ohtake” is on view at The National Museum of Modern Art, Tokyo till February 5th. 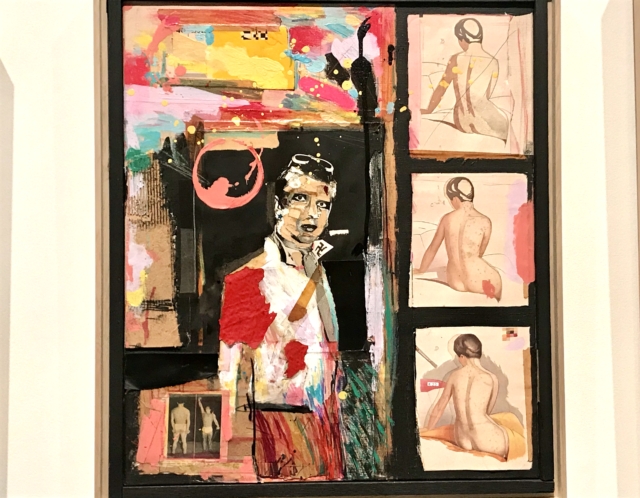 Approximately 500 works spanning over forty years of Ohtake’s artistic career are on display, and marks the artist’s first major retrospective in sixteen years. Unlike many showcases which are categorized by chronological order, this exhibition is conceptualized into seven themes: Self/Other, Memory, Time, Transposition, Dreams/Retina, Layer/Stratum, and Sound. The special curation inspires Ohtake’s artistic language, and hopes to impart the far-reaching divergencies of his inventive mind. 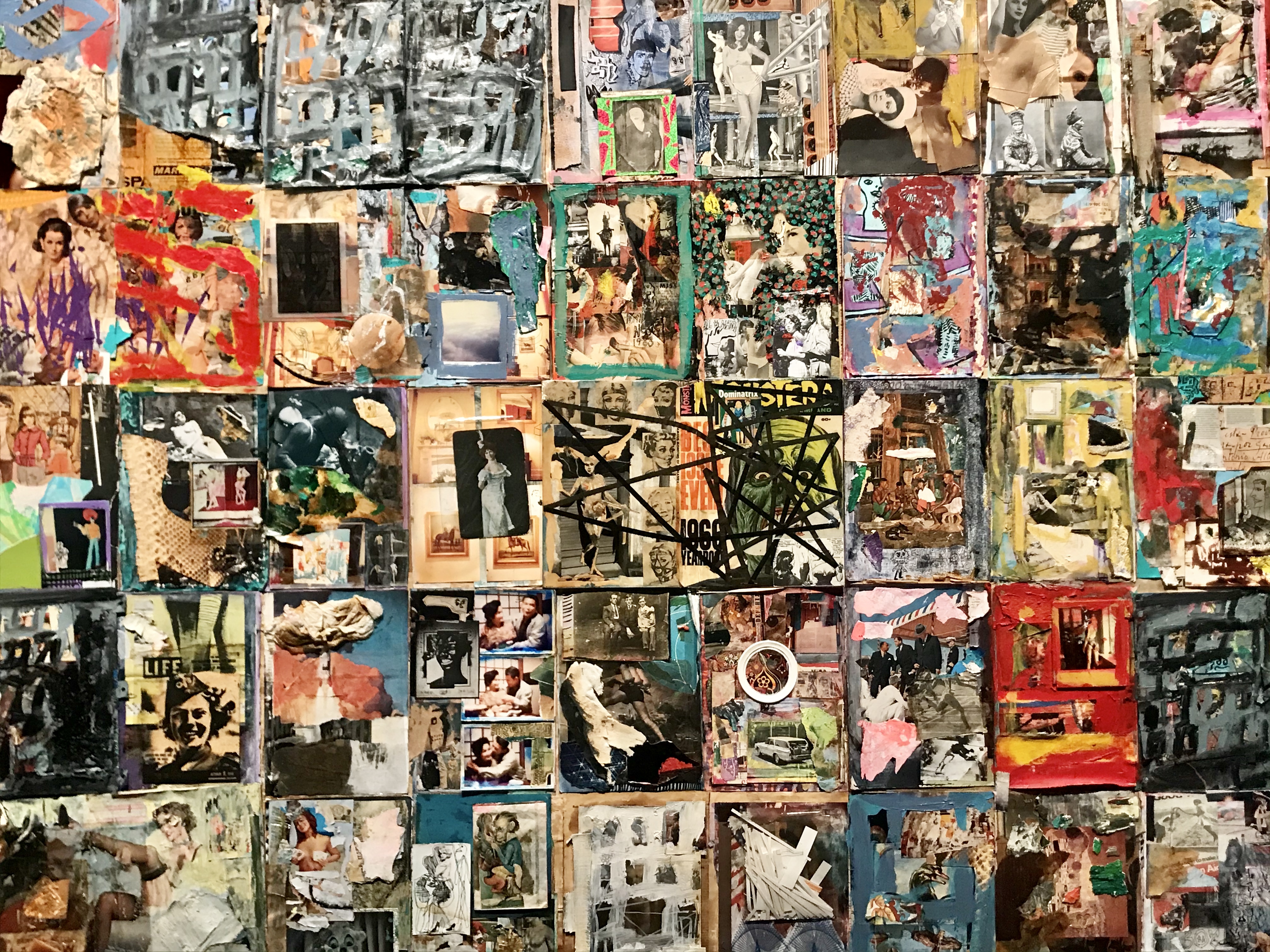 Ohtake once remarked, “Starting from scratch, creating something completely out of nothing has never been of interest to me.” His art philosophy is rooted on making use of existing materials, or those that had been discovered before, epitomizing his motto of “what is already there.” Since his debut in the early 1980s, Ohtake has consistently been driven by the drastic changes that transpired from Japan’s postwar era to the country’s accelerated economic growth. The spiral turns of social activism, sexual revolution, American pop culture, and outcry for freedom, equality and women’s rights are, therefore, evident in his creations, bubbling with relentless energy. At 24 years old, he participated in a live sound performance in London and three years later, presented his artworks at a gallery in Philadelphia, U.S.A. Encompassing numerous shows around the globe in the succeeding years, he earned full recognition for his participation at the 55th Venice Biennale in 2013. 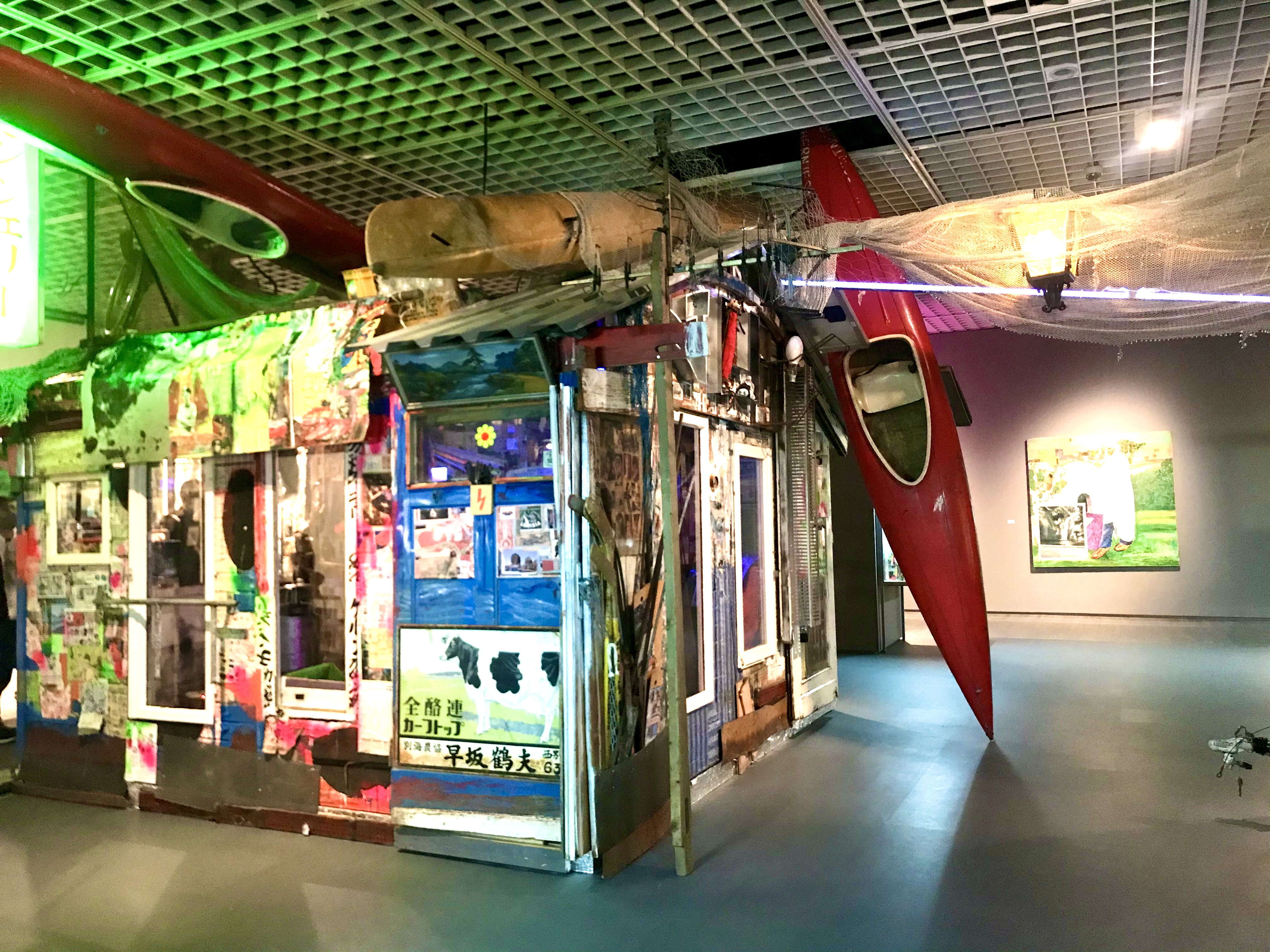 The opening section, “Self/Other” is a testament of Ohtake’s formative years—about fifty of which have been condensed into collages, self-portraits, avatar renderings, and other captivating images. Two of the largest installations in the exhibition, “MON CHERI: A Self-Portrait as a Scrapped Shed” (2012), consist of a somewhat dilapidated shed (with canoes on the roof) and a red-painted travel trailer, both packed with countless collated objects that bewilder the eyes. Vintage posters, newspaper cutouts, paint tubes, cassette tapes, bicycle tires, stove heater, neon signs, guitar, scrapbook, and other unimaginable assorted curiosities are wrapped in sound and video footages.