There was a lot of drawing too. After his studies at Académie de la Grande Chaumière he rejected using models but rather using drawing as a complement to his thinking. He mainly drew in pencil, doodling and sketching from memory. His flat compositions and abstract and linear surrealistic expressions were definitely part of his artistic evolution applied into his work as a sculptor. 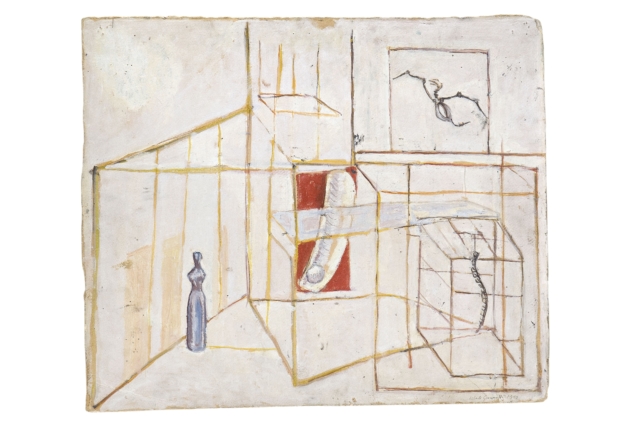 All in all, Giacometti pursued different ways to portray reality. He found inspiration in other ancient cultures against the European establishment in art at the time. Paris was very influenced by African cultures, jazz music, the Charleston, the avant-garde and the negrophilia. The African colonials migrated into Paris and different new ways of dance and music flowered in the Parisian nightlife by the end of 1920s. The Surrealist movement embraced all that. This also winded up with tints of controversy due to the connotations of free sexualization between frenchmen and black people. Nonetheless, Giacommeti looked at other continents too , those with a rich ancient culture like in Oceania and the Egyptian cultures as main sources of inspiration. His sculptures became gradually more and more flat, stripped down which grab the attention of other important artists of the Surrealist movement at the time. This lasted until 1935 when a disagreement with the movement leader André Breton put him spelled from the Surrealist circles. Thereafter, World War II made him go back to his natal Switzerland until it all was over in 1945 when he came back to Paris again. 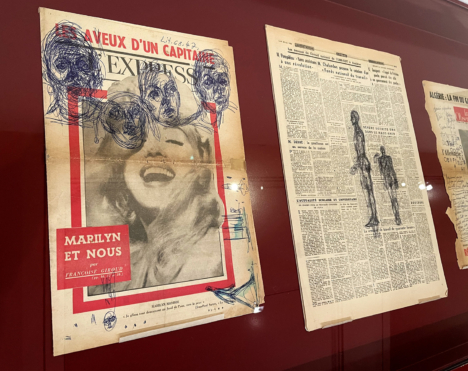 The cafés of Montparnasse, the intellectual life of Paris post-World War II with artists from all over the world eager to visit and meet other intellectuals, all delved into this cultural powerhouse around anti-colonialism and existentialism. Apparently Giacometti was very humble in that sense and an accessible person even though he had his popularity. He was happy to bring visitors around his studio for lunch or a coffee where he started to doodle and sketch his surroundings on scattered pieces of newspapers, or envelopes, or any type of piece of paper available around him. 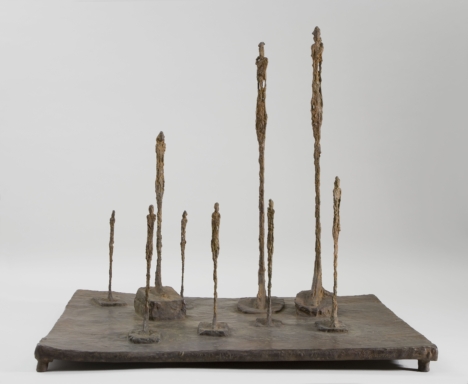 Although Giacometti never admited it, World War II had an impact on his art turning his popular sculptures of slender and tall humans associated to the captives of the Nazi concentration camps. But the Paris nightlife was also a good chunk of inspiration for him. The bordellos of Paris and women became a theme which curiously he always portrayed static standing, in contrast with men caught in mid-movement.

He became a close friend with writer Samuel Beckett. Artistically speaking, there was a bond between both in that exploration of humanity and the way they went through extreme reduction. Isolation, exile, and emptiness are central themes in their respective work. Emptiness is also significant in Giacomettis’s paintings such as Dark Landscape (Stampa, 1952). During those days Giacometti created sculptures which were used as a part of the stage design in Beckett’s playwright works. As good friends and artistic colleagues they supported each other scaping the fear to fail. In the words of Giacometti himself “I do not know whether I work in order to make something or in order to know why I cannot make what I would like to make”.