At 100 years-old, the active artist remains amazingly in tune with his initial research about the question of light: how can a painter bring out the light through the color black? Even if the artist had used other colors as red or blue in his quest, the strength of the exhibit rather lies in the unveiling of emblematic paintings he is been creating since 1979 when he invented the word “outrenoir” – that can be translated as “ultrablack” or “beyond black”, though the word has never been approached as a concept. The artist never uses drawing as a prerequisite for his paintings, and thus rather expresses a much longed-for instinctive creative gesture that feels like mysticism at work. No wonder that French writer and poet Christian Bobin, who is admired for his own endless mystic quest of wonder and light in times of darkness would publish “Pierre,” his latest book (published in 2019) that is dedicated to his friend Soulages, his alter ego as a painter somehow. 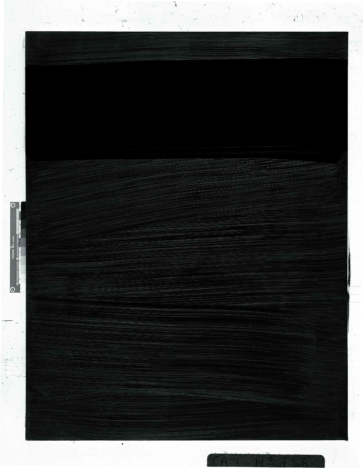 From 1979 onwards, Soulages’s work would endlessly invite us to embark on his journey of changing perceptions deriving from the color black, with each painting reflecting his ambition to bring out the light through contrasts between the color black and light areas, through layering and scraping, and in the manner of applying a single pigment, in order to give life to a vast array of grays, silver tones, mat or brilliance. And monumentality of the artworks makes the whole quest spectacular, notably with the exhibit of his three last vertical works, some of the largest formats he has ever created at almost 100 years-old. 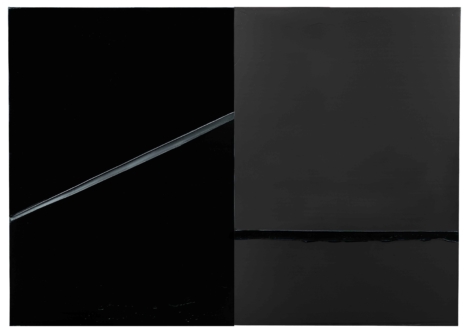 Soulages first visited the Louvre Museum in 1946 while arriving to Paris from his hometown of Rodez (south of France), because he wanted to become an art professor, and he visited the Louvre then for the first time. So, the curator concluded, Soulages is “overjoyed” with the special exhibition paying tribute to his lifelong artistic journey, and so are we. Happy birthday Mr. Pierre Soulages!