Dance music producer, MATZ is drawing media’s attention even though he is only a teenager. He has just signed a contract with STARBASE and released his first EP, “Composite” on July 7th, 2017. Talking with him made me want to experience his “film-like” live set in the future. 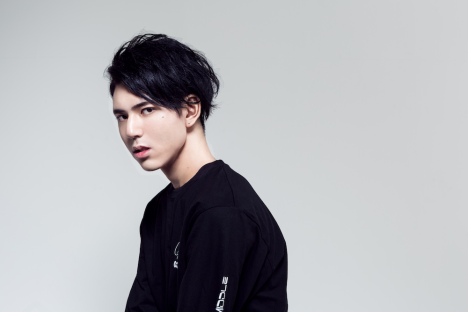 First of all, can you introduce yourself?

My name is MATZ and I’m a Dance Music -Producer / DJ.

How did you get started in music production? What kind of reaction did you get after releasing your first track on Sound-Clouds?

I love music so I was always interested in making it. I found that the young producers both overseas and in Japan were creating music using DAW (Digital Audio Workstation), so I started using it to produce when I was in high school.

At first, most reactions came only from people I knew, but little by little it started spreading. Good compliments from a producer whom I admire a lot made me super happy.

Are you making music in the digital environment and producing mainly dance music? Can you explain your producing process?

I like to work with DAW so in the past I was making all kinds of music. Right now I’m interested in creating dance music that people can listen to it every day. I often start from melodies and codes.