Space called museum or gallery are supposed to exhibit art works. People may see even a piece of trash as an art in that space. If there is a pedestal the piece is to be explained clearly as an art and people will recognize it with certain secure feeling. Thus the pedestal is not just a box. It plays role of system that makes people understand the museum and art works more clearly. 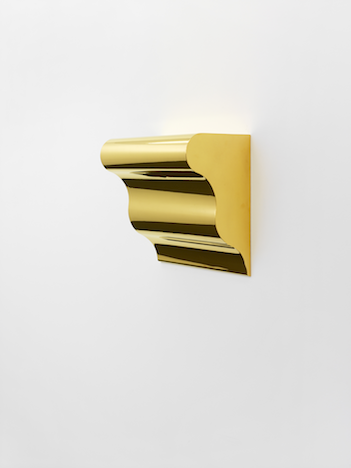 The exhibition “Yuji Takeoka – From A Pedestal Into Space” held at The Museum of Modern Art, Saitama from July 9th to September 4th showed the artist’s world. He has been tackling subjectively the theme: space of exhibition and issue of pedestal.

Yuji Takeoka (1946-) went to Germany in 1970s and started being professional artist since 1980s. He has been exhibiting works on international stages but the exhibition in Japan was the first time after the one at the National Museum of Art. 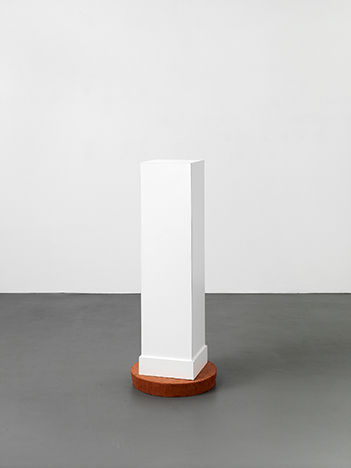 The first room that welcomes you shows Takeoka’s works of early period when he started dealing with the motive of pedestal. Box shaped molding which seems to be a pedestal on the cylindrical shaped-low height molding made with terracotta, this work “Untitled” (1984 / private collection) apparently makes the relationship of sculpture and pedestal upside down. The shape of terracotta looks like somehow a stepping stone, at the same time, it looks like that the pedestal is a person who stands up on the stone with balance. That’s why people might feel strange but it’s hard to say bad balance. 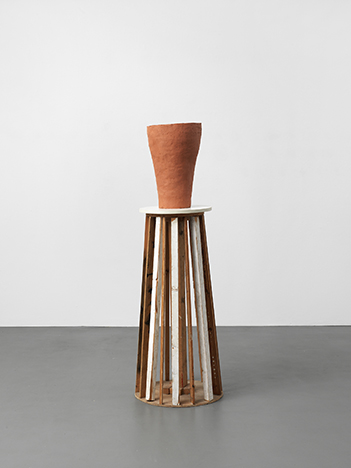 The next “Untitled” (1984 / private collection) is contrary one. Terracotta molding like a vase on the pedestal – like –structure. Many wooden square bars are exposed and push up the top board as columns. He exposed the structure of the pedestal and made compositional harmony with the terracotta on top. He might try making a piece of sculpture by combining the molding with the pedestal. 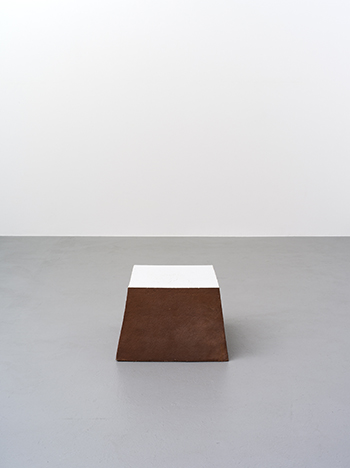 These two works are linking to “Pedestal Sculpture” in which he suggests a pedestal itself as a sculpture. Pedestals made with terracotta, “Untitled” (1984 / National Museum of Art), are exhibited as explaining what that is. Form, scale, and balance of materials are exquisite and those show distinctive presence as pedestals. However, the pedestal is generally not characteristic because its role is to enhance the artwork, these pedestals are obviously different. The reason why people still can recognize them as pedestals is because we go to museums and galleries and know how pedestal works there from various exhibition experiences.