Related of the “Culture City of East Asia 2016, Nara”, “Art Celebration in Nara – Beyond Time and Space” is held from September 3rd to October 23rd, 2016 at Nara, the capital of Japan around the 8th century, lending its name to the Nara period. A tri-national event, Culture City of East Asia is a project promoting cultural exchange between Japan, China and South Korea. Each nation selects one city that explains its cultural development through various programs while citizens of these three nations use these programs to encourage trilateral exchange. This year, the designated city for this event is Nara in Japan.

The project will see the installation of artworks at Nara’s shrines and temples, the symbols of the most internationally opened period in Japanese history, by well-known artists from countries which visited Japan. Also works of invited artists from Japan will be exhibited at Naramachi, where the traditional Edo Period townscape has been preserved. 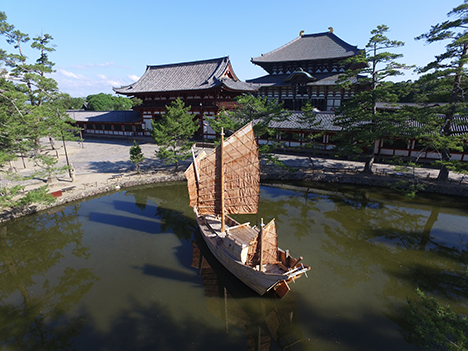 Todaiji Temple is the symbolic entity of the internationally opened Nara Period. “To Build a Ship” Project by Cai Guo-Qiang (China) is held at this place. Ships are a cultural heritage common among East Asian countries, exposing cultures to each other through ocean travel, influencing each other. They are also symbols of the trade and exchange conducted in East Asia. This ship is the symbol of the Culture City of East Asia 2016, Nara. With Kagami-ike Pond in Todaiji Temple substituting for the ocean, the people of East Asia can board together and sail into a peaceful future. 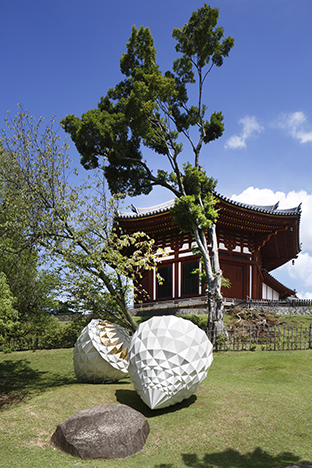 Kohfukuji Temple originated from Yamashina Temple which was built in 669. In the summer to autumn 2016, two national treasures, the 5-story pagoda and the 3-story pagoda, which are also the symbols of the communities of Nara, will open their doors at the same time for the first time in history. The work by Sahand Hesamiyan (Iran) will be exhibited near the 3-story pagoda. In the Biennale of Venice in 2015, the artist exhibited a large sculpture which may remind viewers. For the work for Kohfukuji, the artist is presenting a lotus motif which shares a common popularity in many countries, such as Egypt, Iran (Persia), or China along the silk-road, and imported from China to Japan along with Buddhism. 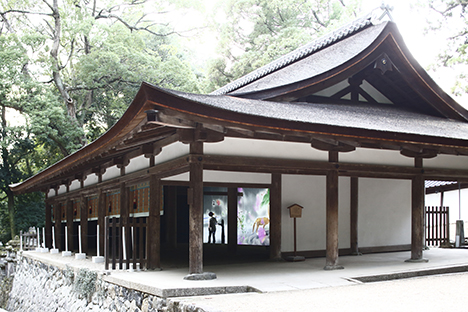 Kasugataisha Shrine is celebrating the 60th transfer of a deity to a new shrine building, a reconstruction of the main shrine building which is conducted once every 20 years. The artwork collaborated between SISYU and teamLab will be exhibited in the Chakutoden Pavilion (important cultural property). Letters projected on the screens change their form into the shapes each letter means when one touches them, living things start to move. It is an interactive artwork related to Nara.