“Ashiya Calisthenics No.2” is solo exhibition by artist Yukinori Yamamura. His work explores meanings behind locations around the world and the connection between scenery and people. For this exhibition, he dresses up as a pine tree and performs choreography in selected locations around Ashiya. Ashiya is an area with a rich environment of nature. Black pine trees around the city are part of everyday life, and can therefore be seen as the symbol of Ashiya. The wild branches can also be seen as the symbol of Hanshin Modernism. 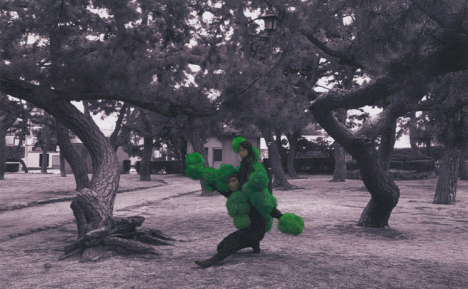 In total 10 different locations were used, which are displayed as photographs, where he stands in different poses. Yamamura explores each area. When he picks up appealing scenery, he adopts them into his work through the analysis of communication between people and environment, forming a series of images, showing the sea and landscape, and other historical locations around Ashiya. The background of Ashiya also help to give a feel of the area more. The series explores the environment in an interesting and appealing way. Although the gallery space was small, there was a nice feel to it with all the space fully utilised. 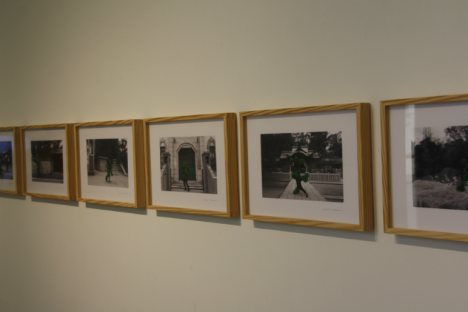 Additionally other mediums are also on display such as a video of the composition he performs. There is also a life-size model of a person dressed as a pine tree, in the centre of the room. Furthermore, the back room also displays the drawing plan for the series, which shows the shooting schedule over one day of the locations they photographed. A map of Ashiya is also displayed, which can help to give a better understanding of the city and showing the area he visited and photographed. 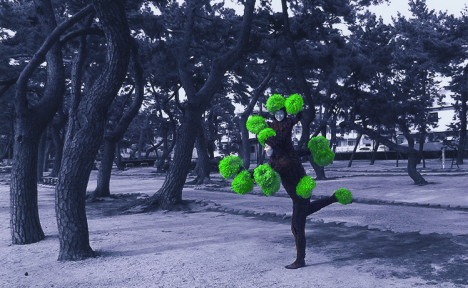 The first version, Calisthenics No.1 he is accompanied by his son, which was shown at the Ashiya Museum of Art and History in June 2012, and later in December, shown in Galerie Ashiya Schule. In this version, he is accompanied by his daughter, as well as also his mother. Ashiya Calisthenics No.2 includes a new composition and choreography, with different locations in Ashiya. 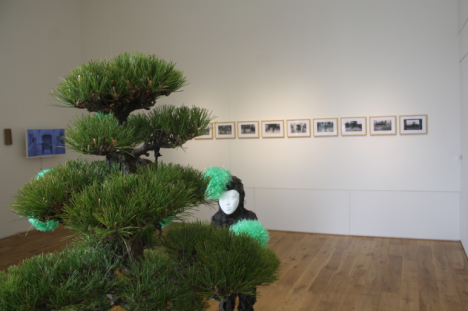