Using the contemporary technology of interaction through video and telephones, Alex VERHAEST produces Interactive video installation. Her work “Temps mort / Idle times – dinner scene” got the New Face Award in the Art Division atthe 18th Japan Media Arts Festival. This time, we could have a chance to ask her about works and thoughts. 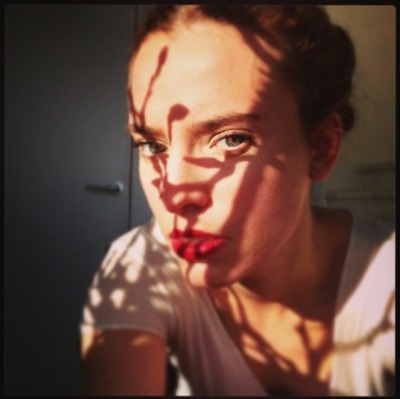 Hello, I am Alex. I am a new media artist, living and working in Brussels.
My work is largely focused on language, story and the impossibility of communication. The basis of each project is a narrative script, existing or newly written, around which I create a body of work. 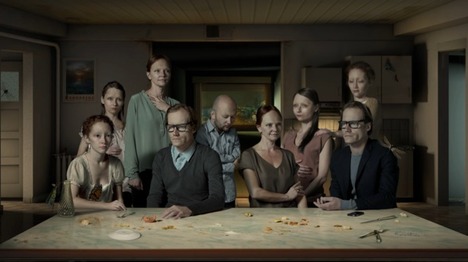 First Congratulations! How did you feel to get the award this time?

I am very exited and honoured to get the award! And it is very special for me. The idea for the non-linear framework of Temps Mort came to me while traveling in Japan and reading Haruki Murakami’s trilogy of the rat. And so receiving a Japanese Award is very heartwarming. 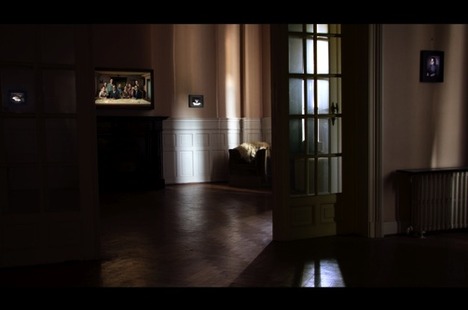 Could you tell us about “Temps mort / Idle times – dinner scene”?

Temps Mort is an interactive experimental film. The story is about five family members who all have a motive for the suicide of a sixth patriarchal figure. The title is devised from the strange “in between” time modern technology generates. Time has become something completely different since we interact more and more with networked devices.
The dinner scene is an investigation of time and memory as a convergence of past and present. The work is activated by calling a specific number which prompts the phone in the work to ring upon which a conversation between the featured characters starts. Four out of the five characters are featured twice in the scene. They have a conversation with themselves and each other about the patriarchal figure, where half of them talk about him as if he is not dead yet, and the other half talks about him as a deceased person.

The early renaissance painters used to have characters featured twice in their paintings to depict a story, and to convey the passing of time. I thought it would be interesting to investigate these means of telling a story within modern media. 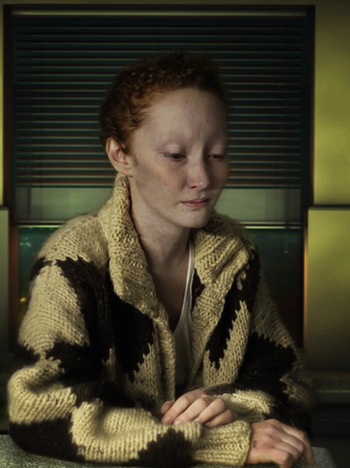 Why and when did you decide to be a media artist?

During my education in Brussels, I traveled to China to do a residency at Island 6 arts centre. My fellow artists were people who worked in IT by day and played with code and microcontrollers by night. I was a total newbie and didn’t know anything about programming or technology at the time. And so I was very impressed by the Asian hacker culture. It took some years to seep into my work, but I think that was the moment when I decided I wanted to really learn how to work with contemporary technology.

Please describe about your concept or philosophy.

That is a hard question. There is a beautiful 12th century saying (which is also a slogan used in open source programming) Nanos Gigantium Humeris Insidentes. It means that we are dwarfs standing on the shoulders of giants. It’s a beautiful reminder of how art is a kind of dialogue with history, and how we build upon centuries of knowledge. 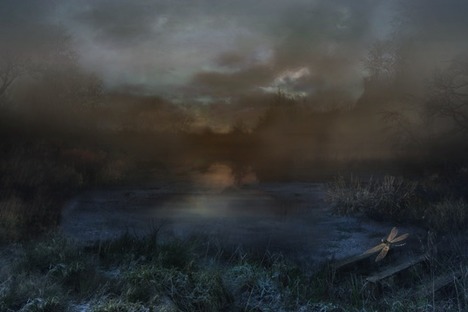 Please tell us your important points in the process of making your work ?

I tend to spend a lot of time on finding the right set of aesthetic rules to convey a certain story. I usually start with an idea for a story, then I move into creating the world the story should be told in. Once the narrative space is created, the story changes or rewrites itself. It is a very intuitive process.

How do you get inspiration when you create?

I have an obsession with late medieval and early renaissance art. The way painting used to be a vessel for storytelling and the techniques the early masters used to convey their story within one frame is absolutely mind-blowing to me. And so I spend a lot of time just studying paintings and drawings.
I also spend a lot of time just watching software tutorials.. not specifically to use the techniques featured in them but just to know the possibilities of the tools I work with. To me, watching tutorials is like adding to the vocabulary of a language I am trying to learn. 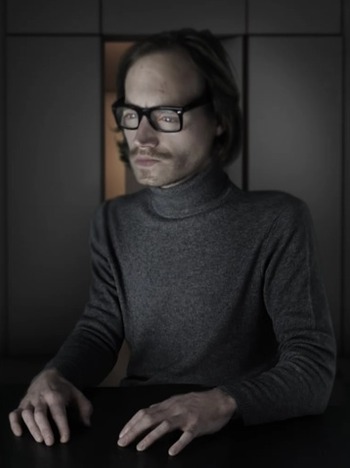 What do you do in your private time?

I work. I mean, my work is so labour intensive, there isn’t really much private time left. I guess I am addicted to my work. I try to read a lot though and I’ve recently taken up ballet again. 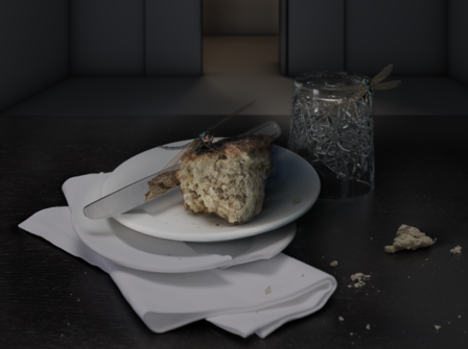 Do you have any plans or images for your next work?

I am working on a story based on the metamorphosis of Kafka. I was very intrigued by the narrative space within that novella. And the opening sentence is one of the best opening sentences in literature (and a very interesting one from a translation point of view). The metamorphosis hinges on the relationship Gregor Samsa has with his sister Grete. And so I reimagined their relationship as a fictitious love affair between two people, where the voice of Grete is the narrator. Her lover disappears and she finds him (or her), transformed into a giant shell-less hermit crab in her bathroom sink. The transformation of the lover is a metaphor for the loss of language, of understanding between two people. I think the story might end up as a collection of video games… or at least, that is the direction it is taking right now. I’m looking at a lot of early Russian paintings and the inverted perspective for aesthetic inspiration.

Please give some comments to our readers.

If you visit the show; call the number! Let me know what you think!