After the tremendous success of the first edition last year, this year Art14 London brought the art market and art lovers in London an alternative choice of art fair from the existing main fairs such as Freize and London Art Fair. 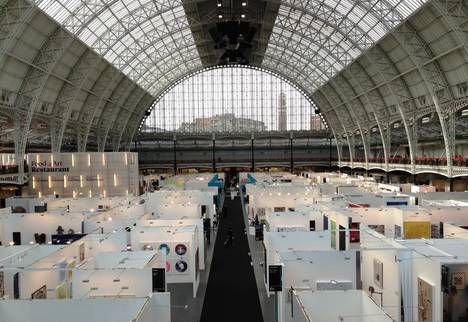 Art14 London, the second edition of the Fair, is organised by Art Fairs London Ltd, which has been set up by two of the original founders of ART HK: Hong Kong International Art Fair, Tim Etchells and Sandy Angus. Featuring over 180 galleries from 42 countries, all together showcased the modern and contemporary art in London Olympia Grand Hall from 28/02/2014 to 02/03/2014, attracting more than 31,000 visitors to join the fair this year. Casting itself as alternative and creative new art fair, Art14 London offered a dynamic programme of gallery exhibition, art projects, art talks and lectures, performances, plus a special present for the art of food- Art 4 food programme. 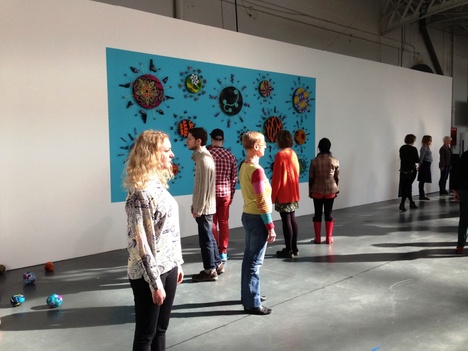 Gallery exhibition brought together international art galleries across the world, presented the diverse works from different cultures, not only the galleries from UK and Europe, the regions also including Russia, Turkey, Middle East, Indonesia, China, Hong Kong, Taiwan , Japan and Korea, in which many galleries and emerging artist are still new to the western art market and visitors. A newly curated section of Art14 London entitled “Emerge” was focus on galleries that are under seven years old. In addition, “London First” showcased galleries who are under five years old and have not previously participated at an art fair in London. The work in Art14 was varied; you could see well-known artists’ works and also many new talents’ works outside the main western galleries. The fair tries to rebalance the art market to show the works from different origin as well as to give a starting point for visitors and collectors who wish to discover new work with affordable price. 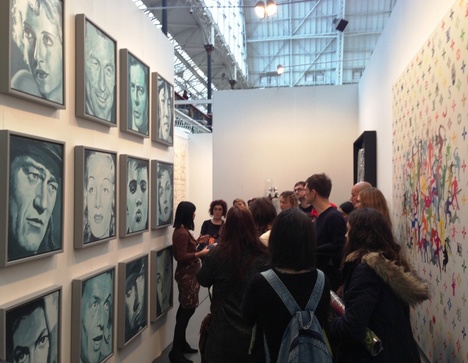 Art14 Projects presented 24 installations form artist across the world, high light works including “Cannonball Heaven” by the world famous UK artist Yinka Shonibare and the monumental installation “Waterfall” by the Chinese emerging artist Zhao Zhao. Projects embedded into the fabric of the Fair, allowed visitors to get close to experience those amazing works. Art14 Art14 talks and lectures brought the global art scene to the participants, for example, the “Global Private Museum Summit” invited the owners of private museums to discuss the ideal and the function of the museum as well as the net work in the future. The “Art and City” discuss panel shared the relationship between city development and art. “10 Things You Didn’t Know About…” is a special series of informal talks explored contemporary art, invites expertise of speakers to give a 20 minutes short talk on certain topics such as “Photographer” hosted by Brett Rogers, the director of Photographer’s Gallery, London; Hans-Ulrich Obrist, the co-director of the Serpentine Gallery shared the idea about “Curating”. 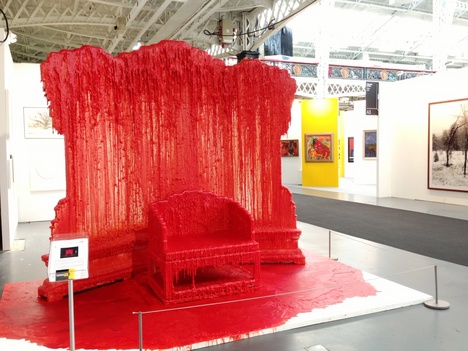 Stephanie Dieckvoss, the director of Art14 London who previously worked as a fair manager for Freize London and as a director of Art HK commented “Following the success of Art13 London, we received fantastic feedback from visitors and exhibitors alike, who enjoyed the unparalleled opportunity to see and learn about the extraordinary quality and variety of art produced across the globe. We aim to build upon the foundations laid in spring in order to present a Fair which is fun, accessible and inspiring.” This newcomer art fair is still shaping, developing itself and trying to shake up the existed experience in the field. We are looking forward to the next edition to bring us more surprises from different regions and backgrounds.