Meet and Greet Hello Kitty
Hello Kitty celebrates her 40th anniversary! To celebrate the occasion, Rizzoli published “Hello Kitty ❤ collaborations” which covers the 40 most exceptional collaborations over the course of the years (colette cover limited to 150 copies!). Meet and greet Wednesday, February 26, 4:30 pm – 6 pm in the water bar in the presence of Yuko Yamaguchi. This is an opportunity to participate in the first Hello Kitty Hugging in Europe to attempt to break the Guinness World record for the most number of hugs!

CHANEL
For CHANEL’s ready-to-wear Spring-Summer 2014 collection, Karl Lagerfeld turns clothing and accessories into a medium of expression. He puts a humorous twist on the backpack, playing with codes. The functional bag becomes an arty, luxury accessory. Produced in two sizes – as well as a third shopper version –and three colors, the CHANEL backpack is available at colette from now! (in store only). 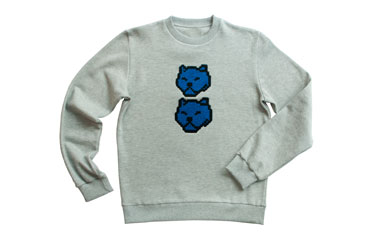 Tigersushi
Created in 2001 by Joakim – multifaceted artist, DJ and musician -Tigersushi quickly became one of the most famous Parisian labels thanks to its bold artistic choices. Today it’s the clothing lineTigersushi Furs that has created this sweatshirt that proudly bears our two logos. Very limited edition.

Panasonic x colette
The Lumix GM1 is now available in an exclusive version for colette. Series limited to 50 numbered copies!

CD Sound of The Season #4
Herewith the new hour-long soundtrack which compiles the best songs heard during the P/E14 runway shows, interspersed with ambiance montages and excerpts of live recordings, placing them each in context with the selected songs. In pre-release at colette!