Patrons of Parkroyal Hotel were greeted with a refreshing element over the weekend. Instead of the refreshing breeze that ply the naturally ventilated corridors of the hotel, patrons were greeted with pieces of art works nested amongst the vertical greenery and water features. Following January’s Worlds Apart at Conrad hotel, with the views of the city and highrise greenery of Parkroyal, Art Apart Fair at Pickering was an art bazar lifted into the skies. 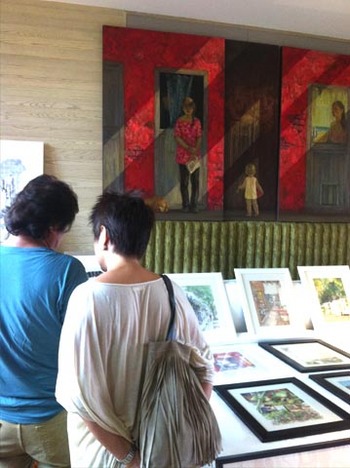 With a strong Korean presence [think K Pop and Kimchi], and a sprinkling of local galleries, as well as representatives from China, Japan and Spain, eighteen suites were filled with the art works that ranged from the serious to the whimsical. 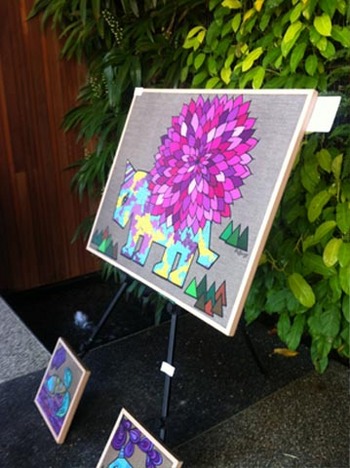 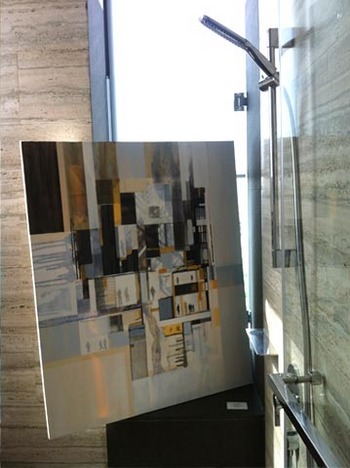 While Lee Sung O’s layered renderings of Iris looked like an oil painting from afar, but upon closer inspection, viewers realise that the Irises on display is not painted, but rather a collage using stacks of paper.

It was not an affair of paintings alone. With installations and objects placed on beds and shelves, it was a refreshing change to the standard hotel fair which mostly attempts to blend into the space. While the artwork went beyond the wall, it was a bizarre affair to roam about empty suites void of their usual tourists or businessmen occupants and discover artworks being showcased over toilet bowls, in bath tubs, and even in the shower!

In recent years, in a bid to make art accessible to the man on the street, art has been moved out of the white cube gallery, to be showcased in offices, homes of the everyday man and now the hotel suite. We cannot wait for it to go into the heart of the inspiration, into the artist’s studio. For now, the skies will do.